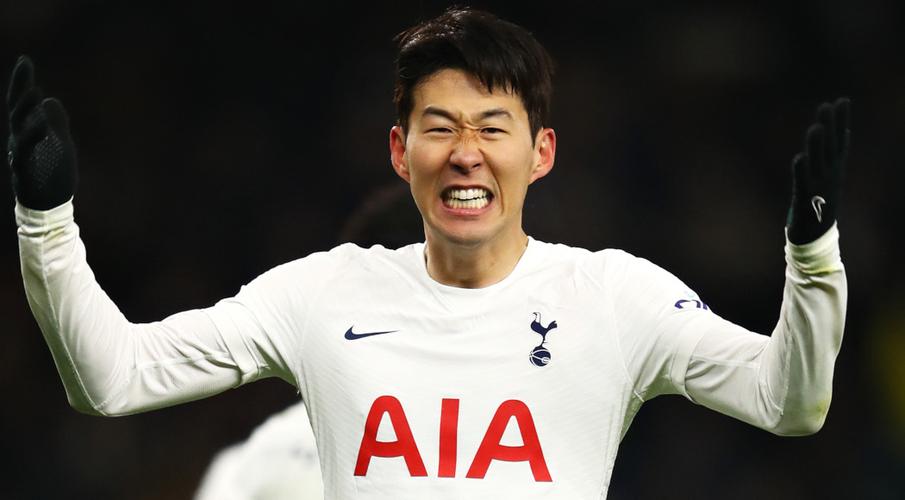 South Korean forward Son Heung-min's tap-in seals win for Tottenham against Brentford on Thursday to help them get back on track.

The second goal on the night was Son's first goal since October for Tottenham.

Antonio Conte's side were last in action seven days ago for an embarrassing 2-1 defeat against Slovenian minnows NS Mura in the Europa Conference League.

Rocked by that chastening loss, Conte this week admitted the Tottenham job was "the biggest challenge for me. The club, in the last years, has been slipping".

While Tottenham remain very much a work in progress under the Italian tactician, Conte could take heart from the most convincing performance of his brief reign.

A Sergi Canos own goal gave Tottenham the lead in the first half and Son wrapped up their second successive Premier League win after the interval.

It was Son's 75th top-flight goal since joining the north Londoners from Bayer Leverkusen in 2015.

Tottenham are up to sixth place after extending their unbeaten league run under Conte to three matches since he replaced the sacked Nuno Espirito Santo in November.

After Sunday's game at Burnley was called off an hour before kick-off due to heavy snow in Lancashire, Tottenham were finally able to get back in action.

In their first league meeting with Brentford since 1949, Tottenham came close to an early opener when Lucas Moura's rising drive was tipped over by Alvaro Fernandez.

Tottenham had lost all four of their previous London derbies this season, but they were on track to end that painful streak of capital punishment by the 12th minute.

Son whipped a cross towards Ben Davies and the clearing header from Brentford's Pontus Jansson deflected in off the unlucky Canos's face.

Brentford were smooth in possession but lacked a cutting edge and Bryan Mbeumo volleyed wide from the edge of the Tottenham area.

Son forced a brave save from Fernandez, who inadvertently used the side of his head to keep out the forward's stinging strike.

Maintaining an alarming trend for Tottenham, Harry Kane was completely anonymous in the first half.

The England striker has scored just once in the Premier League this term and has only two goals in his last 10 appearances in all competitions.

When he finally had a sight of goal after the break from Oliver Skipp's pass, Kane wasted the chance with a tame shot straight at Fernandez.

Tottenham midfielder Pierre-Emile Hojbjerg lashed into the side-netting from a tight angle.

But Conte's men were superior for long periods and their pressure finally produced a second goal in the 65th minute.

Kane at last had an influence as he picked out Sergio Reguilon's rampaging run down the left and the Spaniard's cross was perfect for Son to tap in his sixth club goal this season.

Ivan Toney's close-range effort was repelled by Hugo Lloris in the closing stages as Brentford were beaten for the fifth time in their last seven league games.