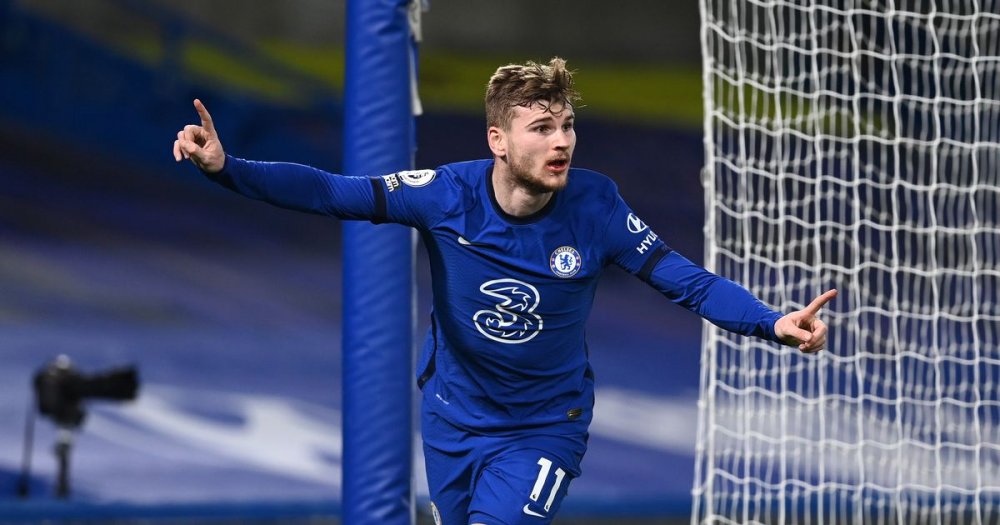 Timo Werner ended his Premier League goal drought, Giroud showed killer instinct as the Chelsea forwards sealed a 2-0 win against Newcastle that lifted the Blues into fourth place on Monday.

Werner netted late in the first half at Stamford Bridge after setting up Olivier Giroud's opener for Thomas Tuchel's rejuvenated team.

Timo with the assist ?
Giroud with the BANG ?
Opening the scoring against the Magpies#CHENEW pic.twitter.com/Kcz0V761xe

It was a deep breath moment for Werner, who had gone 14 league games without a goal since scoring against Sheffield United in November.

The 24-year-old's only goal in his previous 19 matches in all competitions had come against minnows Morecambe in the FA Cup.

Werner was heralded as one of the best young strikers in Europe after his £50 million ($69 million) move from Leipzig in the close-season.

That hype has seemed misplaced during a difficult first season in England, but his 10th goal for Chelsea capped a lively performance that hinted at better things to come.

"As a striker, you always want to score. The last month was hard. I was not happy. Glad I scored today," said Werner, who praised his compatriot Tuchel's role in his performance.

"It's helped me that someone can scream at me in German! He's a really good guy and has a good idea of the football we want to play."

Tuchel added: "Timo was decisive with an assist and goal. I'm very happy with that, and he was working hard in the last few matches."

Tuchel is yet to lose in six games since replacing Frank Lampard in January, with five successive victories in all competitions suggesting the former Paris Saint-Germain boss could prove a shrewd appointment.

Chelsea are back in the Champions League places – the minimum requirement for a Blues boss – after climbing above West Ham on goal difference.

Tuchel is also two points above his fellow German Jurgen Klopp, whose troubled champions Liverpool are languishing in sixth place.

"Top four is the target and stays the target, there are many teams behind us chasing," Tuchel said.

"We had many points to recover and it stays a big challenge because many games are coming. We are going to play teams from the top and bottom, every game is difficult and we will keep fighting."