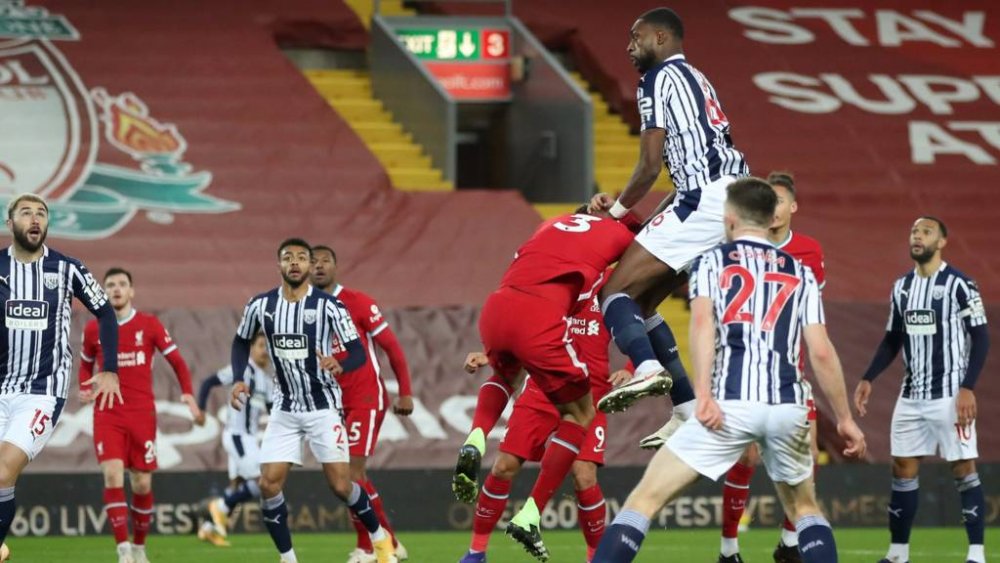 Sam Allardyce finally gets a breather as West Bromwich got a 1-1 draw against Champion and leader Liverpool in Anfield as Ajayi's header cancels out Sadio Mane's opener in the 82nd minute of the game on Sunday.

AllNews understands that Sam Allardyce got a very bad debut when he suffered a 3-0 home defeat to Aston Villa after replacing Slaven Bilic as the head coach but got himself a good point after a 1-1 draw against Liverpool in Anfield.

Sadio Mane opened up the scoring in the 12th minute with a first time shot past Johnstone to give the Reds a one-goal lead. Liverpool failed to double the lead on several occasions as it came back to hurt them.

Joe Matip turned provided for Mane with an overhead pass which caught West Bromwich defenders off guard, Mane chested it and with a first-time volley buried it in the net.

Jurgen Klopp's men took most of the possession throughout the game but West Bromwich just needed a chance at goal. The chance came from Matheus Peirera's cross in the 82nd minute which was headed home by the Nigerian-born defender, Ibidapo Ajayi, the ball ricochets off the post before finally crossing the line to make it 1-1 in Anfield. Liverpool failed to extend their league points as they loss 2 points taking them to 32 points and fellow Meyerside team, Everton behind at 29.

West Bromwich still remains in the relegation zone with 8 points and faces Leeds United in their next EPL match while Liverpool travels to Newcastle.