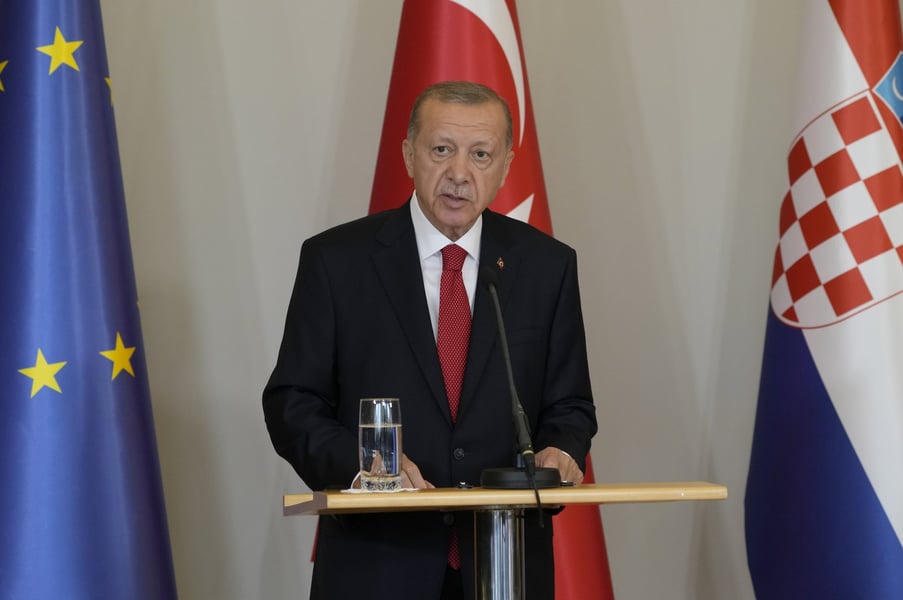 This is as he underlined that Greece is constantly complaining to NATO about Turkey and trying to create threatening mechanisms.

Addressing Turkish press members on his way back from a three-day Balkan diplomacy tour, Erdoğan said: "On the one hand, there are violations they have committed in the Aegean, there has been harassment against our aircraft, some of which are performing NATO missions, there are intrusive actions, including radar locking with S-300 missiles.

“Have you ever heard anything about Greece's S-300s from those who talked about our S-400 incident?

"On the other hand, there are maximalist theses that they try to impose on us in the Aegean and Eastern Mediterranean in the context of maritime jurisdictions.

"Instead of talking directly to Turkey, they try to establish threatening mechanisms by constantly complaining about us to the United Nations, the United States, the European Union and even to NATO, of which we are one of the strongest members. Of course, this cannot be accepted.

"We will now speak in a manner they can understand."

According to Turkish Defense Ministry sources, Greece violated Turkey's airspace and territorial waters over 1,100 times in the first eight months of 2022 alone.

Turkey and Greece have been at odds over issues ranging from overflights and the status of Aegean islands to maritime boundaries and hydrocarbon resources in the Mediterranean, as well as the ethnically split island of Cyprus.