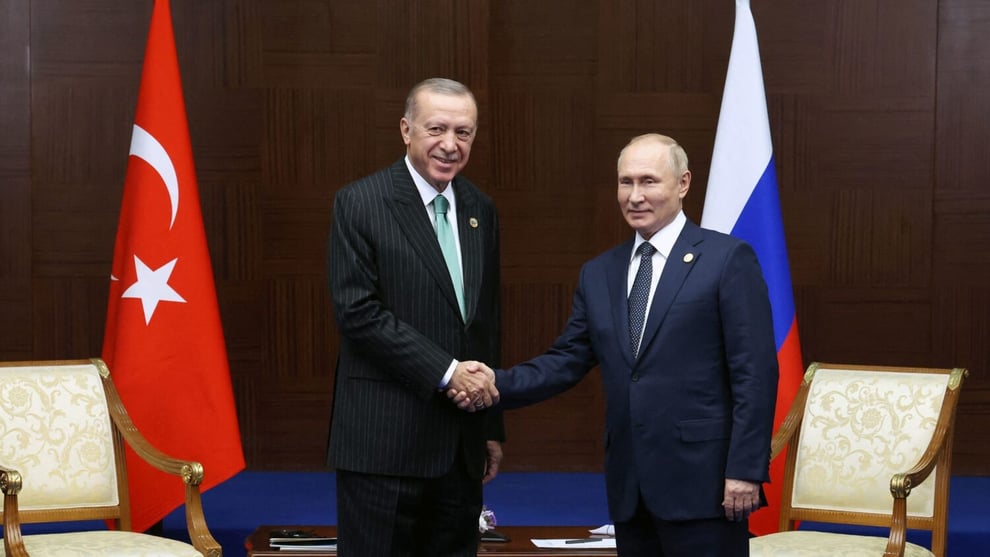 Erdoğan and Putin spoke about the latest developments regarding the deal, bilateral issues and regional matters, the Presidency's Directorate of Communications said in a statement.

Erdoğan told Putin that the meeting between American and Russian intelligence services was important to prevent "uncontrolled" escalation in the field.

He said such initiatives could play a "key role" in preventing unrestrained escalation in the region, referring to Tuesday's missile incident in Poland.

On the Ukraine conflict, the Turkish leader also told Putin that prolonging the war only increases the risks and called for diplomatic efforts to be revived.

He also thanked Putin for his "constructive stance" on the extension of the Black Sea grain deal. In their discussions, Erdoğan also welcomed Putin's proposal to set up a natural gas hub in Turkey, the statement said.

He said "technical and legal teams" will evaluate the proposal at the earliest to move the plan forward, it added.

Turkey: We Will Rebuild Earthquake Hit Areas In One Year, Says Erdogan

Turkey: We Will Rebuild Earthquake Hit Areas In One Year, Says Erdogan