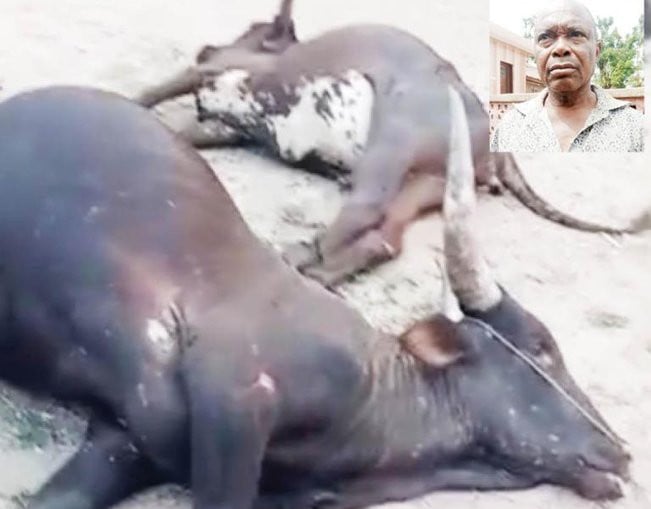 Gunmen suspected to be members of Eastern Security Network (ESN), the militant arm of the Indigenous People of Biafra (IPOB) has been accused of killing a herder and shooting about 30 cows belonging to a prominent Igbo herdsman.

The herder, Mohammadu Alarabe alias Ogbodo, had been taking care of the cattle of a prominent Igbo family for over 20 years before he was gunned down on that fateful Wednesday, January 19, 2022.

The assailants also killed some of the cows of Alarabe’s master, Chief Peter Chukwuani Onyeabor, a famous cattle dealer in Enugu State, who inherited the business from his late father.

Onyeabor is said to be a prominent cow merchant at Ugbowka, Nkanu-East Local Government Area of the state.

The Onyeabor family is reputed to be the most famous in the cattle business in the area for over 200 years.

Even though Onyeador described the assailants as “gunmen” while speaking with journalists yesterday, he said that action has the hallmarks of members of the Eastern Security Network (ESN).

Some natives in the area also said it might not be unconnected with the IPOB’s warning that the sale and consumption of cow meat would no longer be allowed in the Southeast.

Meanwhile, the police are yet to make any arrest concerning the attack. Spokesman of the state command, Daniel Ndukwe, said he was yet to get the details of the matter and may issue a statement.