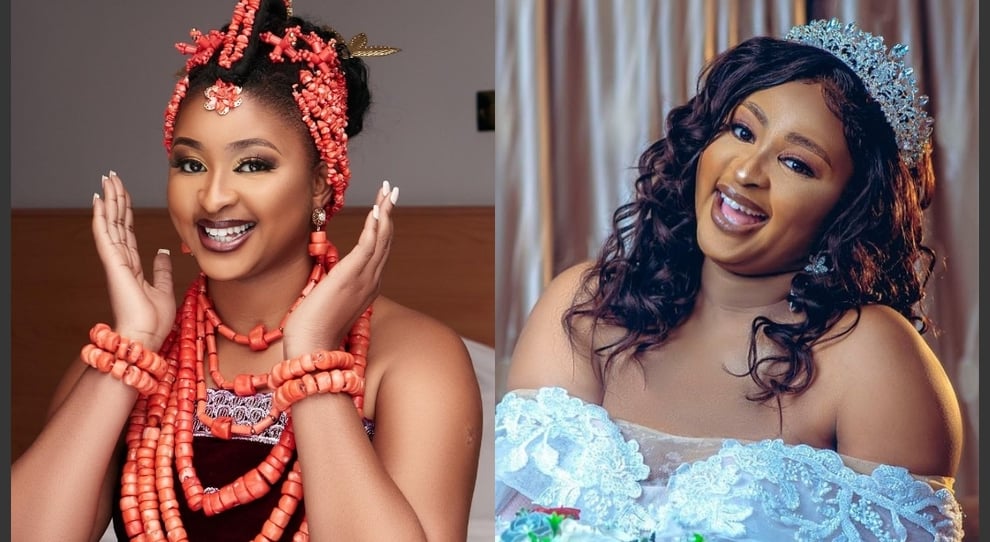 Actress Etinosa Idemudia has slammed couples who use social media to talk about their marital problems.

Etinosa stated in a series of posts on her Instagram story that people disgrace their spouses on social media because they are hurt and allow strangers to drag them for a few days.

However, once the crisis has been resolved, the couple begins posting lovey-dovey videos to social media users, urging fans to mind their own business.

According to her, the person who brought the marriage issues online is the true disgrace victim because they can never cry out for help or intervention on social media.

"You brought out the whole gist because you were pained and you wanted to disgrace your husband or wife.

"Ok social media stranger helped you drag him or her for a few days. You disgrace him, you showed him pepper or her.

"All his friends or friends are laughing at him or her. Ok what next.

"Next thing you people have settled. You are now posting lovey-dovey videos to the same social media people. Guess who they are dragging next?

"Guess you look stupid? Guess who doesn’t have the right to say ‘we need privacy or say mind your business’.

"Guess who can never cry to social media for help or intervention again? Guess who was the real disgrace victim? It’s you sis, you bro. it’s you." 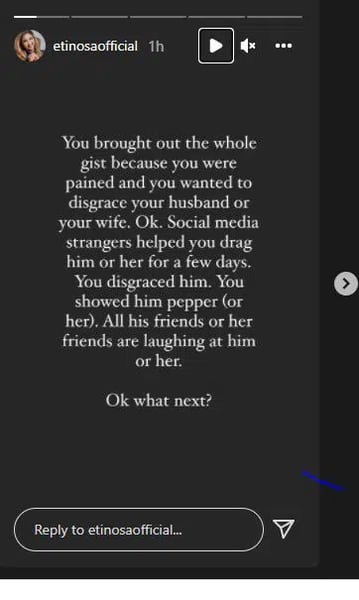 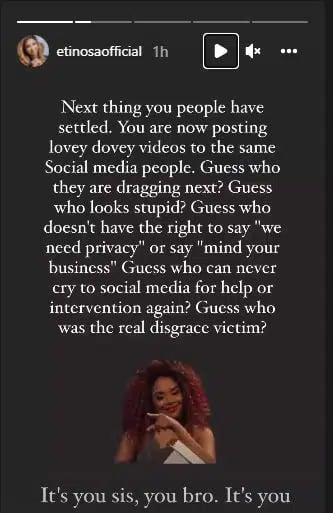