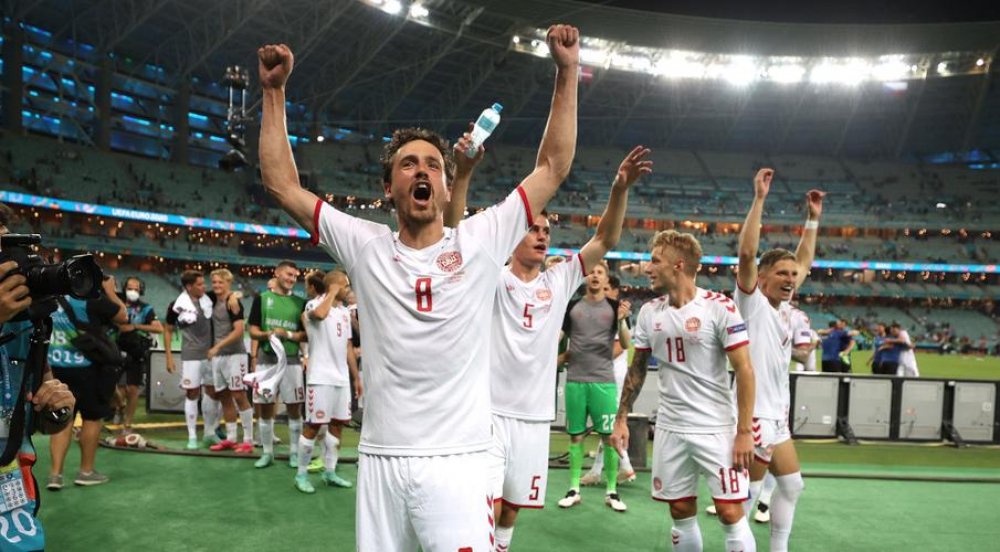 Denmark opened the scoring in the fifth minute when Thomas Delaney scored with a downward header from a corner kick and the Danes doubled the lead just before halftime when Kasper Dolberg fired home from an inch-perfect cross from Joakim Maehle.

Czech striker Patrik Schick struck four minutes after the restart, guiding a Vladimir Coufal cross into the bottom corner for his fifth goal of the tournament to go level with Portugal's Cristiano Ronaldo at the top of the scoring charts.

The Czechs were in the ascendancy in the second half but Denmark held on for the win and a semi-final date at Wembley where Kasper Hjulmand's side will play either Ukraine or England -- who play later on Saturday in the last-quarter-final in Rome.

Despite the emotional turmoil they have been through, Denmark's dream run continued as they booked a Euro 2020 semifinal spot on Saturday, inspired by a young, vibrant strikeforce who can still do further damage this summer.

The damage, however, had been done. Denmark have now scored 11 goals at Euro 2020, their highest return in a single edition of a major tournament.

With two defeats from their opening two games, the Danes are now only two wins from improbable glory. Reaching the first semifinal in 29 years meant a remarkable renaissance continues.

They may yet follow in the footsteps of the class of 1992 and become surprise European champions.