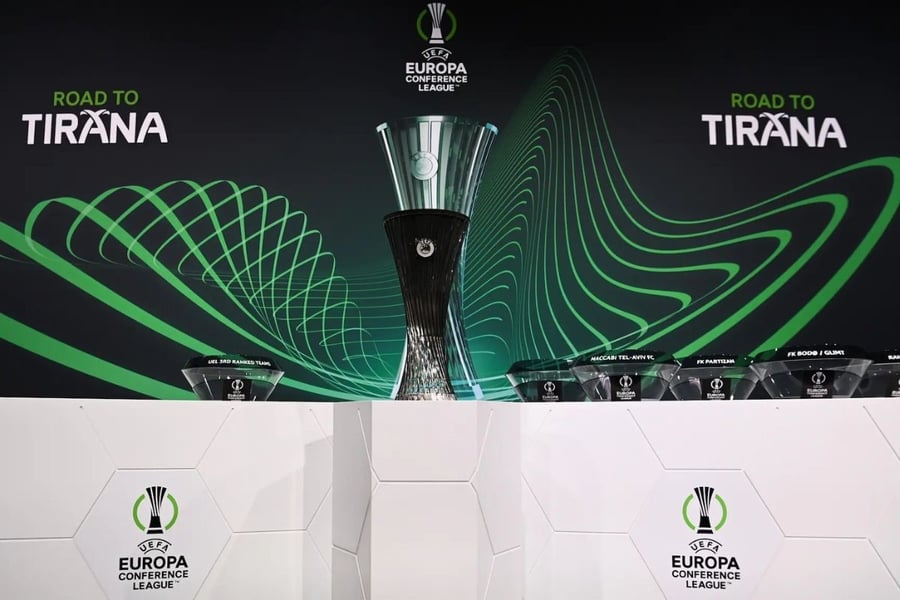 Leicester, who won last season's FA Cup, were eliminated from the Europa League in the group phase but beat Danish side Randers 7-2 on aggregate in the knockout round playoffs for the new Europa Conference League.

They will be at home in the first leg against Rennes on March 10 before travelling to France for the return a week later.

Rennes topped their group ahead of Vitesse Arnhem and Tottenham Hotspur, drawing 2-2 at home to the London side.

The return match was never played because of a Covid-19 outbreak at Spurs, with Rennes being awarded a 3-0 victory.

Marseille, who won the inaugural Champions League in 1993, will play Swiss side Basle in the last 16, while 1988 European Cup winners PSV Eindhoven face FC Copenhagen.

There are four Dutch sides involved in the last 16, including 1970 European champions Feyenoord who will face Partizan Belgrade.

Jose Mourinho's Roma will take on Vitesse while Norwegian champions Bodo/Glimt, fresh from knocking out Celtic, will take on AZ Alkmaar.

The final will be played in the Albanian capital Tirana on May 25.

FULL DRAW FOR LAST 16 OF THE UEFA EUROPA CONFERENCE LEAGUE: