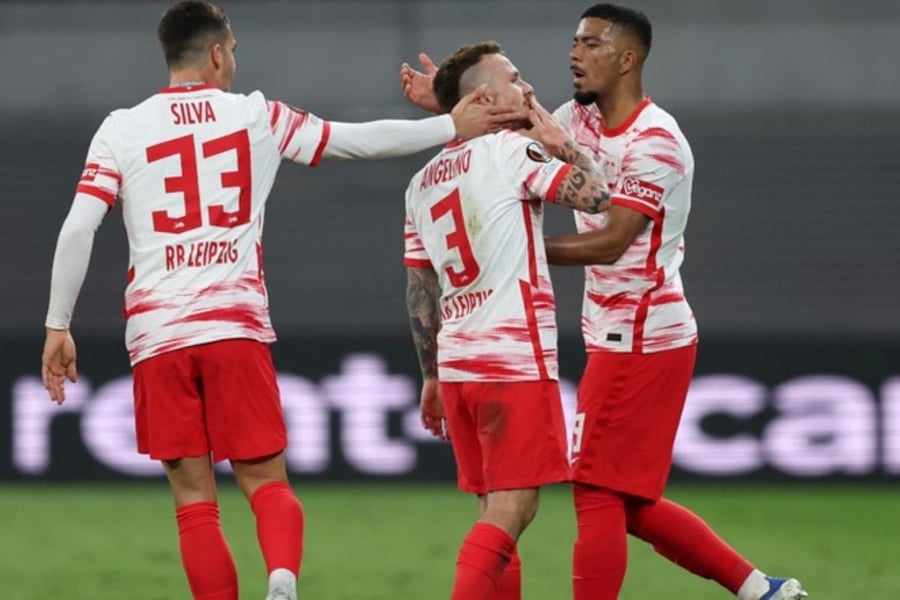 RB Leipzig's Angelino volleyed in an 85th-minute winner to hand his team a 1-0 victory over visiting Rangers in their Europa League semifinal first leg on Thursday.

Leipzig had missed a string of chances in a strong second half but struggled to score, with Rangers keeper Allan McGregor coming to the rescue on several occasions.

The keeper was beaten, however, in the 85th when the Spanish midfielder thundered in a volley from 18 metres after Rangers, playing their seventh European semifinal, had cleared a corner.

Eintracht Frankfurt beat West Ham United 2-1 in the first leg of the other semifinal.

A lacklustre first half saw very little goalmouth action and no single shot on target for either team.

Despite Leipzig missing several defenders through suspension, Rangers struggled to break into the German box and had to wait until three minutes after the restart for their first chance through Ryan Kent's low shot that flew wide.

Leipzig quickly upped the tempo and responded with Christopher Nkunku's thundering shot that was blocked by McGregor.

The Frenchman spurned a golden chance in the 70th when he rounded the keeper but lost his balance to send his shot high. He then headed over the bar from close range minutes later before McGregor pulled off another good save to tip a Tyler Adams effort over the bar.