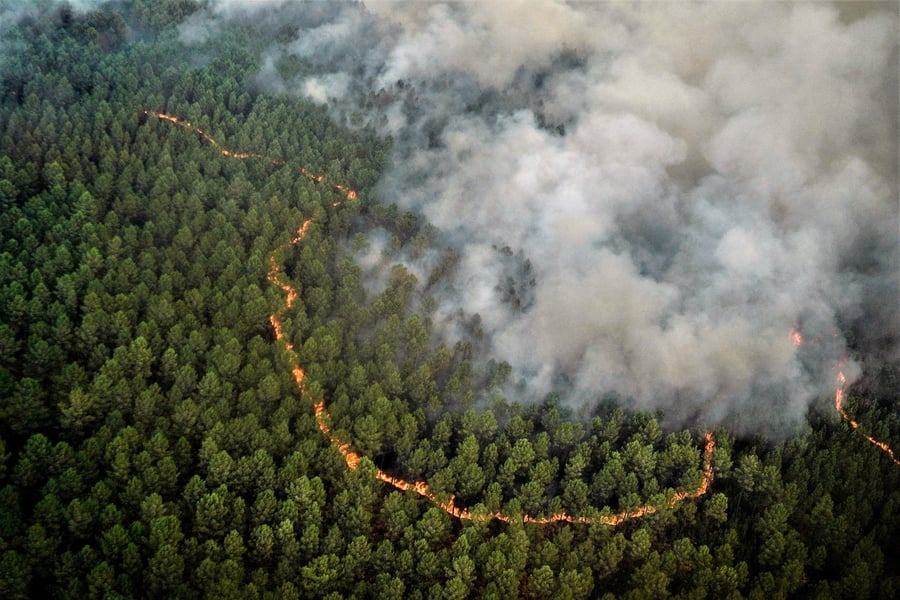 Many European countries, including Spain, Germany, Portugal, France, the Netherlands and the United Kingdom, are enduring droughts this summer.

And this have hurt farmers and shippers and promoted authorities to restrict water use.

Italy’s worst drought in decades has reduced Lake Garda, the country’s largest, to near its lowest level ever recorded.

The country has not seen significant rainfall for months, and snowfall this year was down 70 percent.

This week, the European Commission’s Joint Research Centre warned that drought conditions will get worse and potentially affect 47 percent of the continent.

Andrea Toreti, a senior researcher at the European Drought Observatory, also said the drought this year will be worse.

Toretti said; "For the next three months, we see still a very high risk of dry conditions over Western and Central Europe, as well as the UK."

In France, the country has also been hit this summer by a historic drought that has forced water use restrictions as well as a series of heatwaves that experts say are being driven by climate change.

The blaze near Bordeaux erupted in July, it is the driest month seen in France since 1961, destroying 14,000 hectares and forcing thousands of people to evacuate before it was contained.

Also Portugal’s civil protection agency on Saturday said it had brought a wildfire which has ravaged 17,000 hectares under control in the UNESCO-designated Serra da Estrela natural park.

The fire had been raging in the park for a week and was contained overnight, civil protection agency official Miguel Criz said.

In the German capital, Berlin, firefighters were called out to a forest fire in the forested area of the city called Grunewald. About 4,000 square metres of forest floor had burned, a fire brigade spokesperson said on Saturday.

The UK heatwave is also hitting hard, with the government formally declaring parts of southern, central and eastern England in drought after a prolonged period of hot and dry weather.