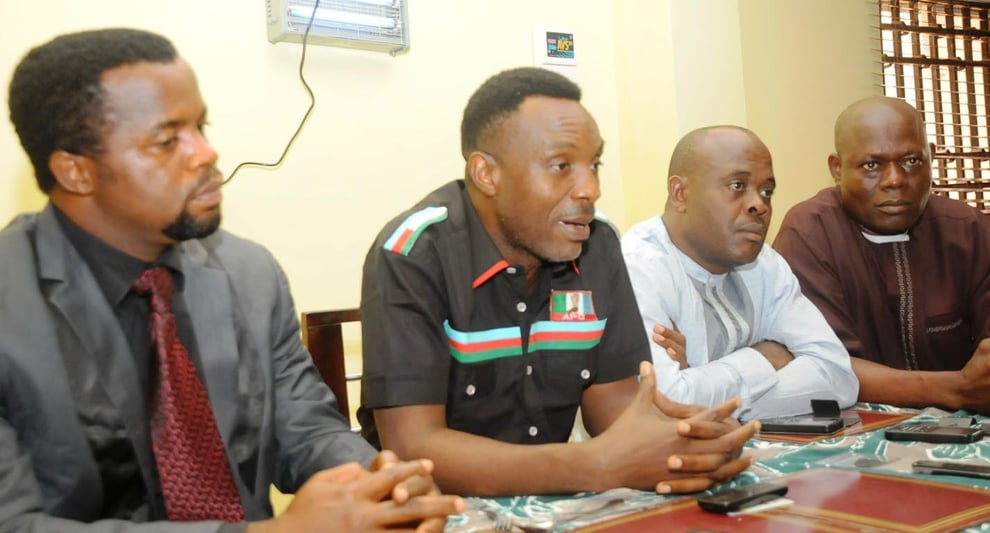 The immediate past Chairman of All Progressives Congress (APC) Enugu State chapter, Ben Nwoye has received an award of excellence in Leadership from Godfrey Okoye University, Enugu.

Nwoye received the award on Sunday when the Law Faculty of the University paid him a courtesy visit in Amurri, Nkanu West Local Government Area of Enugu State.

The Dean of the Faculty, Professor Gozie Igbodo who presented the award said the choice of Nwoye was due to his uncommon leadership acumen and the enormous achievements he recorded as the chairman of APC in Enugu State.

“This is our very small token to express our appreciation for the very sterling leadership that Dr. Ben has given to the APC in Enugu state.

“He was there from the inception of the party in the state and has grown the APC to be a platform to reckon with in Enugu State.

He also commended Nwoye for supporting the school noting that, "He has been very consistent from the beginning till date. In every stage of our development. He has always been there for us and have shown tremendous support in everything we do.

In his reaction after receiving the award, Dr. Ben Nwoye expressed happiness over the recognition saying that he

“didn’t know that people were watching what we do.”

Speaking to the law students of the university, Nwoye charged them to strive to be good because “we have too many lawyers all over the world but we have extremely few good lawyers. So whatever you plan to do, make yourself one of the few good ones.”

He emphasised that lawyers play vital roles in society and are responsible for determining the right and wrong in all spheres of life.