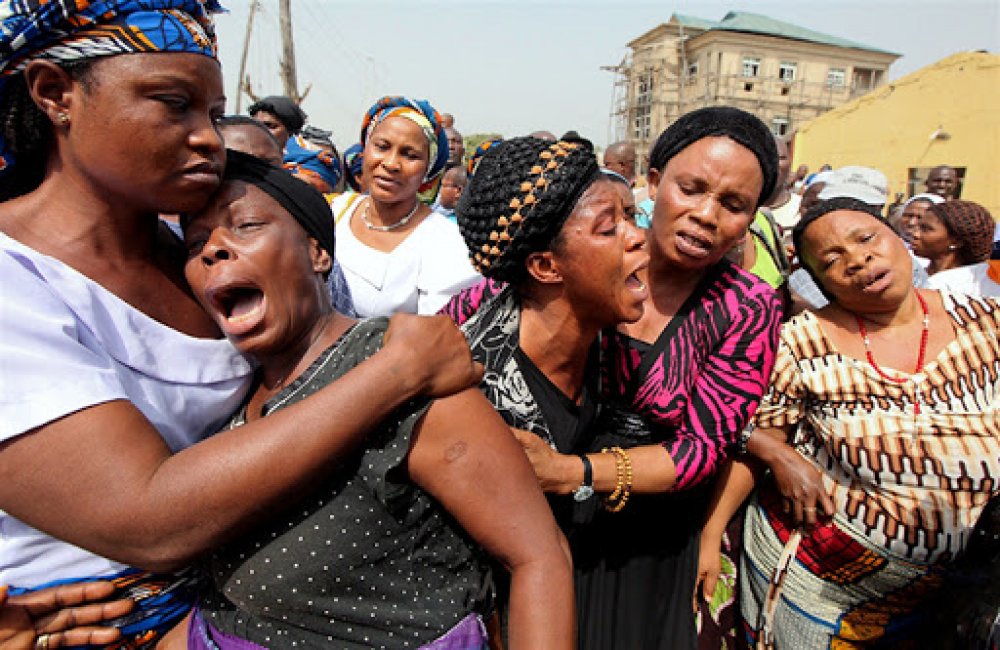 Allnews gathered that at least two persons have been killed by the armed robbers - many of them believed to be in their youth - in the last two days.

On Tuesday, President Muhammadu Buhari approved the release by the Nigerian Customs Service (NCS) of 150 trucks of rice seized from smugglers to the Ministry of Humanitarian Affairs, Disaster Management and Social Development for distribution across the country.

In a similar vein, the Federal government said it has commenced the payment of cash palliative across the Local Government Areas (LGAs) of states of the federation. All these to cushion the effect of the stay-at-home directive on the vulnerable in the society.

But crime has taken its toll heavily on Ogba Ayo/Ijoko community most especially; with the residents now experiencing sleepless nights.

The crime, which residents said has been happening since last week, at times, occurs in broad daylight.

Speaking exclusively to Allnews on condition of anonymity, a mother of two who has since abandoned her family home and fled to a Lagos suburb due to the incessant attacks, lamented the heartless nature of the assaulters.

“They hid inside uncompleted buildings. It is very serious I tell you,” she told Allnews speaking in her native Yoruba dialect.

“In fact, the police arrested about four of them in front of our building yesterday.

“Notwithstanding, they vowed to launch more attacks.

“People said they are much.

“They don’t even have guns but operate with machetes. And they cause mayhem in broad daylight.

"For example, the Tuesday incident occurred in the afternoon.

“Yesterday’s too was in the afternoon.

“When they discovered that landlords have turned vigilantes at night, they decided to operate during the day.”

Another dweller, simply identified as Lateef, called for help from the government.