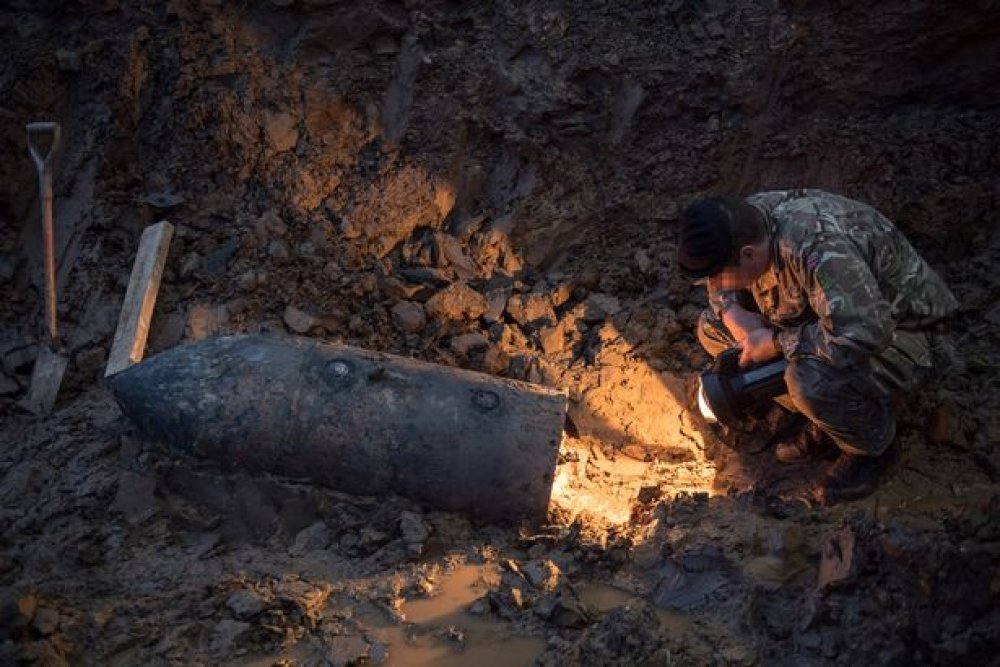 After a mass evacuation of residents from a densely populated neighborhood in Frankfurt, German disposal experts safely detonated a World War II-era bomb on Thursday morning.

The fire department tweeted shortly after midnight that the 500-kilogram war-era bomb had exploded safely. Some 25,000 people were asked to leave their homes in Frankfurt’s Nordend area as a safety precaution.

An initial survey of the area revealed no noticeable damage after the controlled explosion.

Specialists from the ordnance disposal service had requested 70 truckloads of earth to cover the explosive find and thus alleviate the force of the detonation.

The massive unexploded bomb was discovered during dredging work at noon (1000 GMT) on Wednesday.

Experts determined that the explosive device could not be defused like many other World War II bombs because there was an immediate risk of explosion.

The fire brigade, therefore, asked all people within a radius of around 700 meters to evacuate their homes and the restricted area immediately. They were taken to an ice hockey stadium to wait out the detonation.

Some 200 patients from a local hospital were also evacuated.

The late-night curfew that is in place in Frankfurt in the coronavirus pandemic was temporarily partially lifted to allow the experts to do their work and allow local residents to return to their homes after the all-clear.

It is not uncommon for wartime bombs to be discovered during construction work in Germany. Deactivating the explosive devices can be dangerous, and has on occasion led to injuries and fatalities.