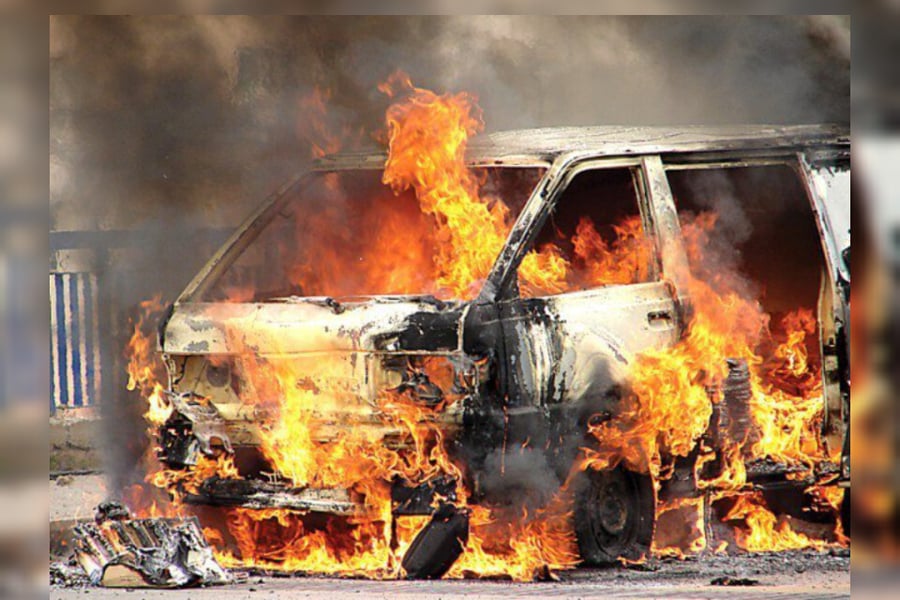 Explosion from a van conveying adulterated diesel has claimed the life of the driver while the other person escaped.

The incident happened on Monday in Calabar, the Cross River State capital along Murtala Mohammed Highway.

Confirming the incident, Head of Operations, Federal Fire Service in the state, Clement Bassey said he received the report that the driver died following the explosion.

He explained further that the driver was burnt to ashes.

According to Vanguard, the van which was conveying drums of adulterated diesel to an unknown location exploded due to a spark.

The report stated that the driver who was speeding had to slowdown for speed bumps which he had not seen and made a hard stop which caused the spark.

One Gilbert who was an eyewitness disclosed, “It happened while the vehicle was on motion.

"You know there are some speed bumps around the area due to the opening that was made last year to allow vehicles make a U-Turn , but the driver didn’t observe it and had to stop abruptly. This led to the explosion."

He added that while the other person in the van sustained injuries and transported to the hospital, the driver was burnt beyond recognition.

The Federal Fire Service Operation truck arrived at the scene 20 minutes later to put off the fire.