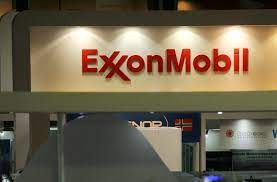 As the race to end carbon energy heats up, the U.S. energy giant Exxon Mobil just completed a deal that will see it expand its interests in renewable fuels through the acquisition of a 49.9% stake in a Norwegian biofuels company.

Exxon announced the purchase of a 49.9 percent stake in Biojet, a biofuels company that plans to convert forestry and wood-based construction waste into lower-emissions biofuels and biofuel components, according to rig zone.

It is believed that the benefits of reducing greenhouse gas emissions and saving the planet from the harmful effects of global warming was the major motivation to signing this deal.

The Norwegian company, Biojet, has conducted a series of research to find out the best ways to guarantee large production of biofuel and feels that this investment will help push commercial production in the future.

Plans are on the way to develop up to five facilities to produce biofuels and biofuel components.

According to a reliable source, the company anticipates commercial production to begin in 2025 at a manufacturing plant to be built in Follum, Norway.

The choice of Follum, Norway was made because of the abundance of wood waste, paper mills, and a waterfall in the area.

This agreement will give ExxonMobil the opportunity to expand its capacity to as much as 3 million barrels per year in the future.

Using our access at the Slagen terminal, we can efficiently distribute biofuels in Norway and to countries throughout northwest Europe, " he added.

According to the European Union's Renewable Energy Directive, biofuels that are produced from wood waste can help reduce greenhouse gas emissions by 85 percent compared to petroleum-based diesel.

This is believed to save the planet from the extremes in global temperature and disasters caused by global warming.

When produced, biofuels can be used by passenger vehicles and heavy trucks. Apart from the more efficient fuel that it produces, biofuels are also cost-effective, easy to source, renewable, and reduce the influence of OPEC+ on demand by foreign countries.

Exxon stated that the investment in the Norwegian company builds on its continuing efforts to develop and deploy lower-emission energy solutions.

Apparently, many oil majors are making frantic moves to move away from fossil fuel as more efficient clean energy sources are discovered and utilized.

This news comes as European governments are putting together a timeline to phase out petroleum fuel.

Apparently, chemicals like petroleum-based diesel, renewable diesel, and other biofuels can be readily blended for use in engines on the market today.

This high lights is the extreme importance of biofuel over fossil fuel.

ExxonMobil also pointed out that it has invested more than $10 billion since 2000 to research, develop, and deploy lower-emission energy solutions.

In the local market, more and more international oil companies (IOCs) are quitting their oil mining licenses (OML) and seeking to sell their stakes to indigenous companies.

An oil and gas expert who wishes to remain anonymous expressed concern about this development. Though he praised this as a welcome development, he, however, advised the federal government to invest more money in other sectors of the economy.

He believes that the days of fossil fuels as a mainstay of the economy are looking bleaker.

"I advise the federal government to assess the situation in the international oil market closely, as discoveries like this, especially with the electric vehicle revolution gathering pace, and increase production of biofuels and biofuels components could hurt the revenue base of the nation."