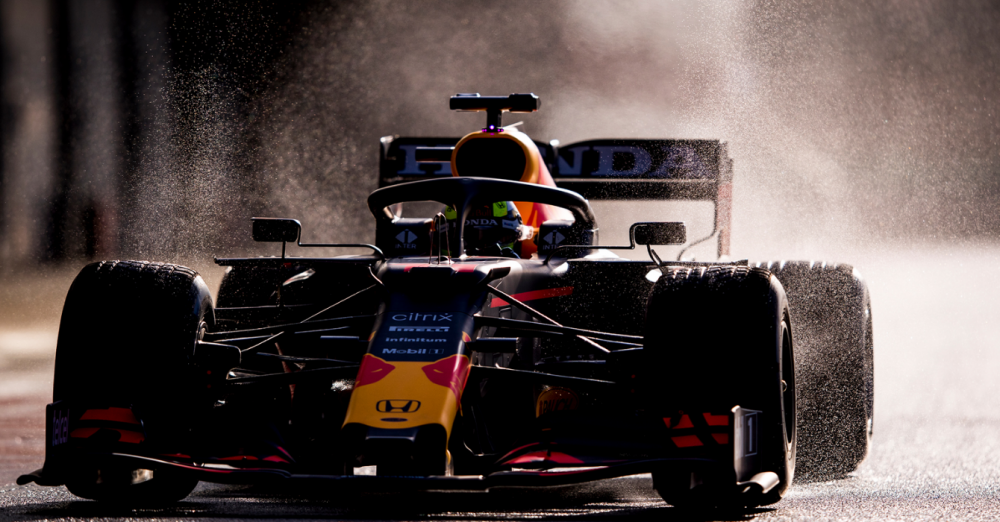 Red Bull Racing unveil a new RB16B car for the new formulae one season as they look to get the crown in eight years.

The RB16B develops the 2020 car, with which Max Verstappen finished third in the championship behind Mercedes pair Lewis Hamilton and Valtteri Bottas.

? "It’s been amazing. To look at my name on the car is something very special. It’s definitely a dream come true." More from Checo's first drive ? https://t.co/GoLdqrebwv pic.twitter.com/AE2VYk2f4M

Red Bull have worked on eradicating the instability issues that plagued last year's car and closing the performance gap they had with Mercedes last year.

And Honda has brought forward a new engine that had been planned for 2022.

The Japanese manufacturer is pulling out of F1 at the end of this season but has modified the internal combustion engine, turbo and energy recovery system in an attempt to challenge Mercedes.

Keeping up with Checo ? Wrapping up his first drive with the Team ? #ChargeOn ? pic.twitter.com/e55eh3Si7e

Verstappen won the final race of 2020 in Abu Dhabi after the team closed in on Mercedes in the second half of the truncated season.

But that was aided by Mercedes ceasing the development of their car at the end of August, to concentrate on their 2021 design.

Regulations aimed at keeping costs under control during the pandemic have restricted the number of development teams can do to their cars between 2020 and 2021.

And rule changes aimed at cutting cornering speeds have also changed the aerodynamics at the rear of the cars.

Teams have been working on clawing back the downforce that has been lost as a result of these changes and it will not be known who has succeeded until the cars first run competitively on track at the first race of the season in Bahrain at the end of March.

Red Bull are not revealing at this stage where they have focused these changes and did not provide any explanations as to where the new car differs from the old one.

The car will run for the first time at Silverstone on Wednesday, with both Verstappen and new team-mate Sergio Perez taking a turn at the wheel.

Reserve driver Alexander Albon, who was dropped at the end of last season in favour of Perez, will also be at the test, with a 2019 RB15 car.

Italian Grand Prix: Verstappen, Hamilton Blame Each Other For Crash