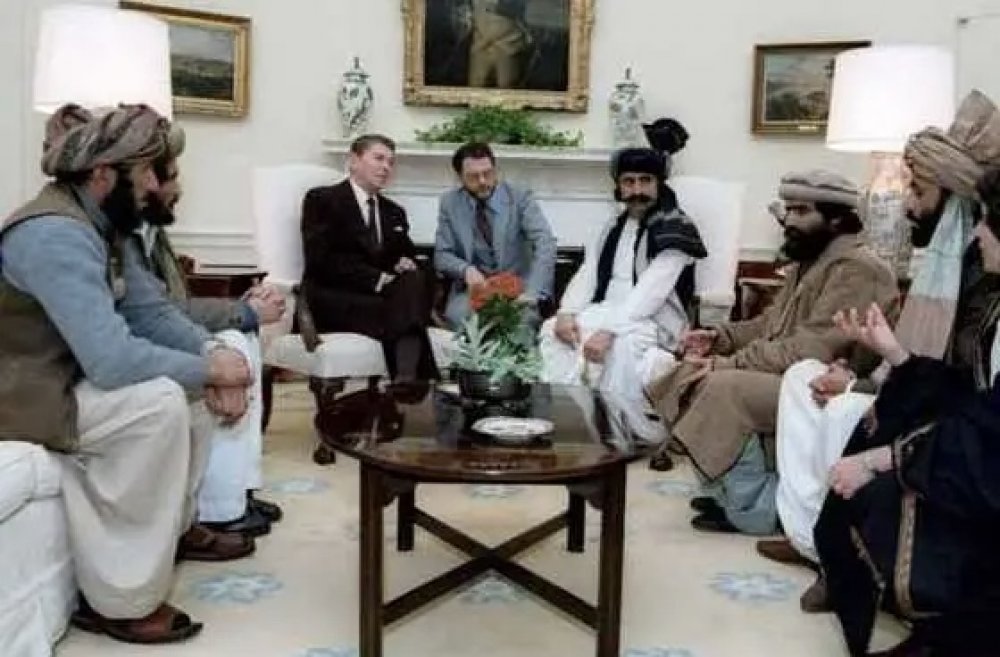 A photograph showing former US President, Ronald Reagan ‘meeting with Taliban leaders in the White House in 1985’ has been widely shared online for many years. It’s been online since at least 2016. At this time when the fundamentalist group are in the news, for its usurpation of the Afghan administration, this image of a group of men wearing turbans and in the White House resurfaced on social media (Twitter and Facebook). See samples here and here.

An accompanying quote attributed to Reagan, the 40th U.S. president reads: “These gentlemen are the moral equivalents of America’s founding fathers.” 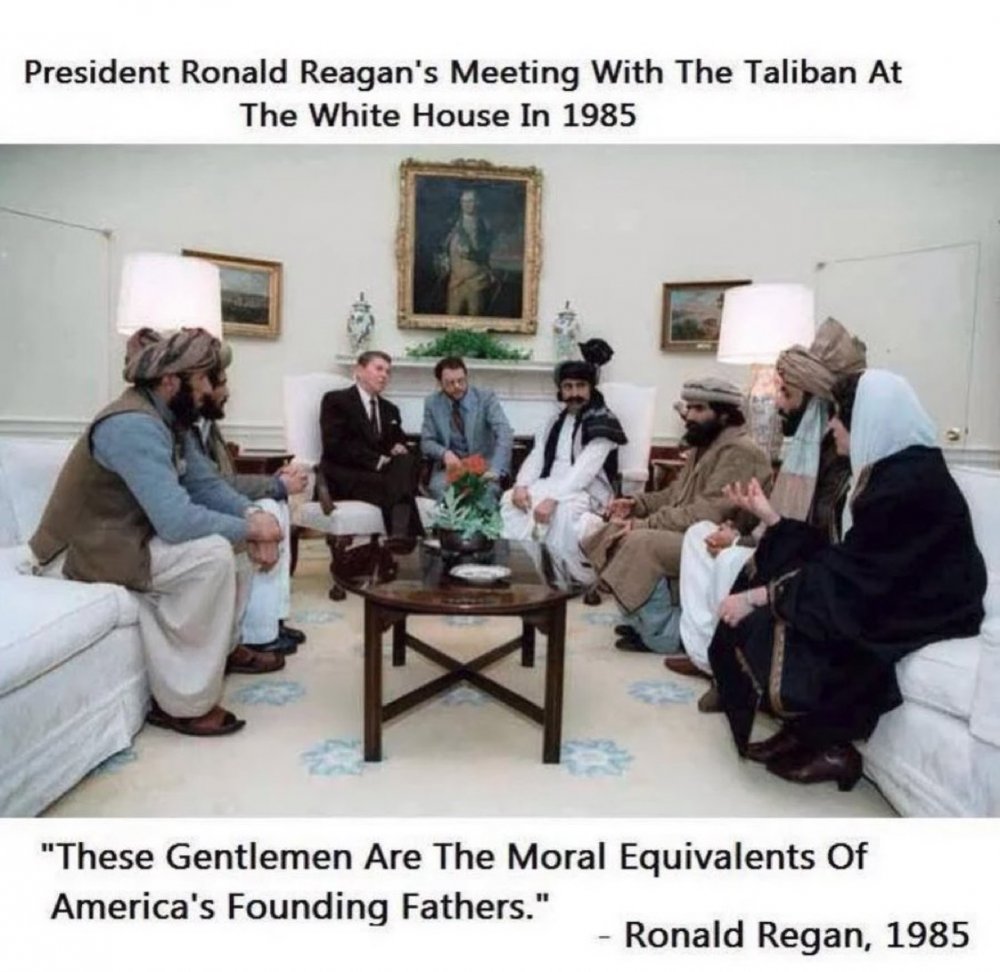 But is this really the late American leader meeting the fundamentalist group? AllNews check.

First of all, the Taliban were not in existence in 1985. The group was founded by late Mullah Mohammad Omar, in 1994.

Secondly, Reagan’s name is misspelled (Regan, instead of Reagan). Howlers like this indicates a red-flag in a post.

The men are not Taliban leaders.

As per the Ronald Reagan Library, the photograph was taken in 1983, and it captures then-president Reagan meeting with Afghan rebel leaders to discuss the Soviet presence in Afghanistan.

The quote frequently attached to this photograph is a paraphrased version of something said by President Reagan. But he was not speaking about either the Taliban or Afghan opposition groups at the time. He made the comment about contra rebels in Nicaragua during a speech at the Conservative Political Action Conference in 1985: “They are our brothers, these freedom fighters, and we owe them our help. I’ve spoken recently of the freedom fighters of Nicaragua. You know the truth about them. You know who they’re fighting and why. They are the moral equal of our Founding Fathers and the brave men and women of the French Resistance. We cannot turn away from them, for the struggle here is not right versus left; it is right versus wrong.”

Claim that President Ronald Reagan met with Taliban leaders in the White House is false.