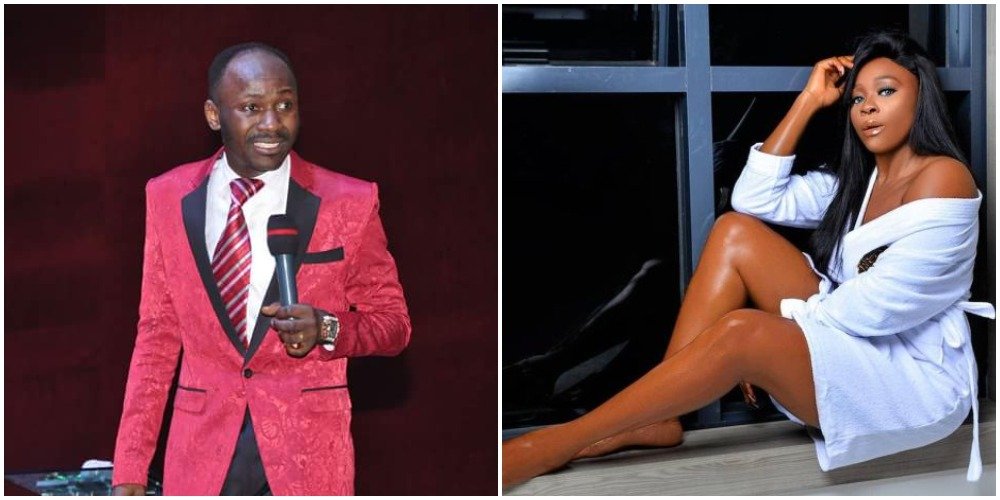 The reports alleged that the preacher reacted during his church service in Edo on Sunday, August 22nd 2021.

“Read my countenance, when you see me moody you can encourage me. Do I look like somebody who needs encouragement? I’m not discouraged at all and I’m not angry at those insulting me on social media,” Apostle Suleman said in the video news outlets are claiming is a reaction to Ifemeludike's allegation.

"You can’t know me and not like me, it’s impossible. Keep doing what you are doing and I’ll keep doing what I’m doing. I must do the work of he that sent me,” Suleman said in the clip.

But is this 'fresh news' accurate? AllNews check.

What was the issue?

Ifemeludike said that she had an amorous relationship with Pastor Suleman.

She claimed to have slept with Suleman twice and that she got paid for the sex.

The actress shared this in a video on her official Instagram page last week and added that she didn’t immediately recognise the cleric at the time they were intimate around 2016.

She claimed her colleague, actress, Lynda-Clems Bishop, hooked her up with the pastor (Lynda-Clems has, in response, issued a denial).

Ifemeludike had said, “Dear @lyndaclems, I have to tell the world about that hookup you arranged between @johnson_suleman_official and myself on the 20th November 2016 in a hotel at Ikeja, the Apostle secretly gave me his number and we had a second meeting at Oriental Hotels Lagos.

“I’m sorry my conscience can’t hold it anymore. I encourage you to tell the truth as a mother and a Christian, to put the devil to shame and save millions of souls being misled. To my family and friends, I am sorry, don’t judge me. Please pray for me so the light of God will continue to expose every work of darkness in my life and the church of God.”

The video in circulation is an old video of 2017 when Suleman was reacting to the sex accusations by Stephanie Otobo, a Canada-based Nigerian singer. 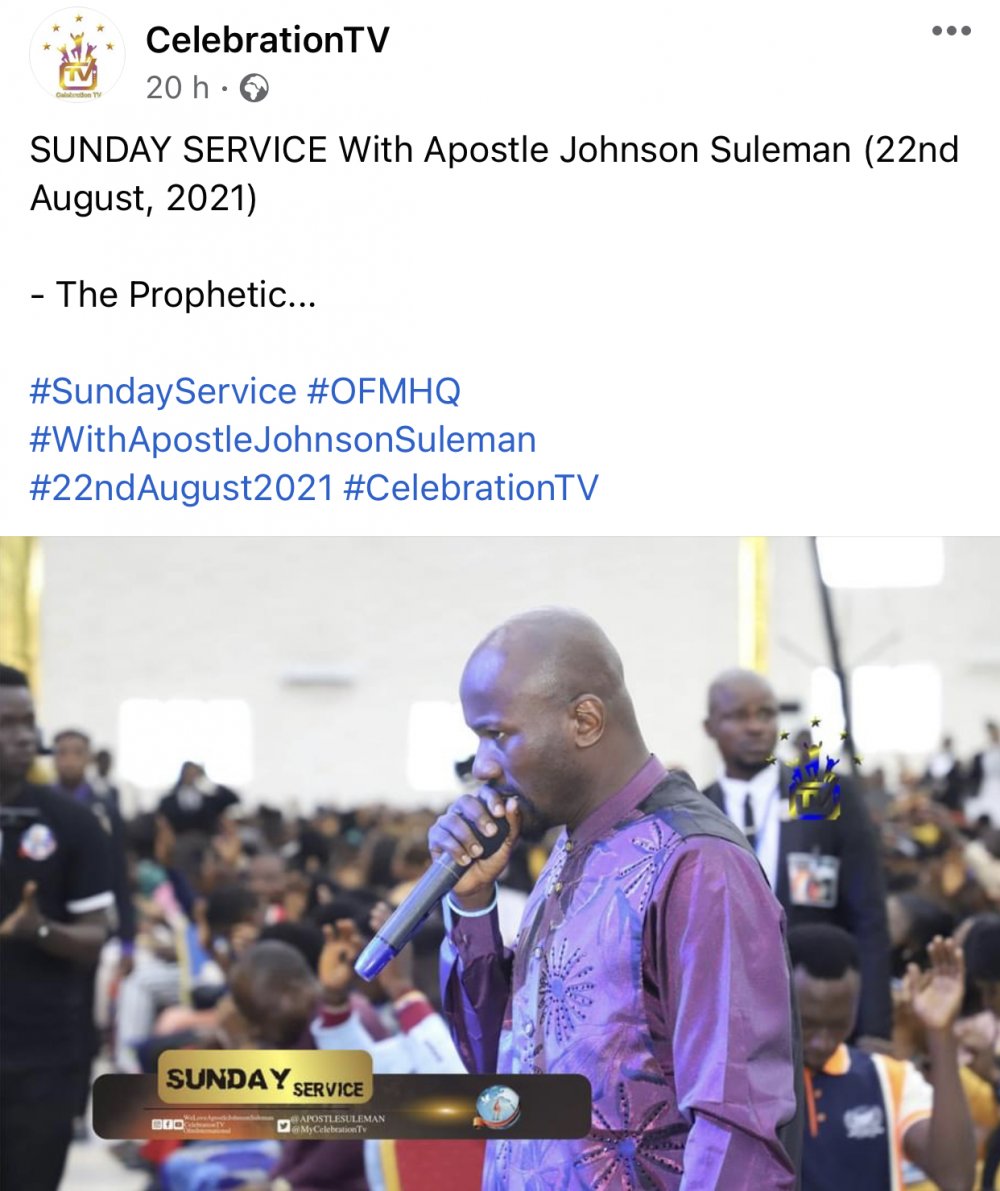 Checks by this newspaper on Celebration TV, the media arm of Omega Fire Ministry, shows that Suleman wore a purple attire on Sunday - not the orange suit he wore in the video in circulation.

Claim that Apostle Suleman reacted to the allegation extramarital sex allegation by Ifemeludike is false and misleading. Video in circulation, purportedly showing him reacting, is old.