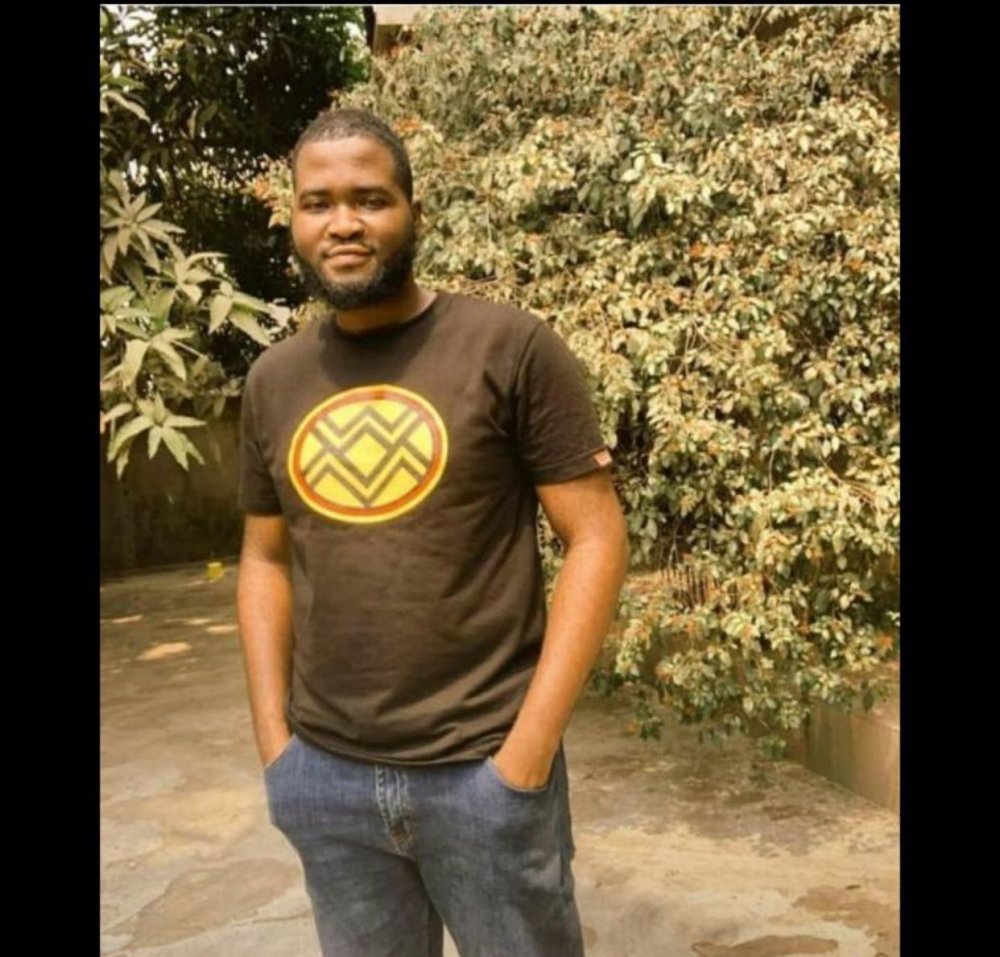 It comes amid fourteen days of anti-police brutality protests that have left more than 50 people dead in the country.

At least 56 people have died across the country since the nationwide protests began on October 8, with about 38 killed on Tuesday alone, according to Amnesty International.

Security agents have been responsible for some deaths; a few mobs of protesters too.

In some cases, these groups of violent persons resort to destruction of properties.

On Wednesday, in Lagos, Nigeria Ports Authority (NPA) in Apapa was burnt, TVC headquarters was set ablaze, BRT Terminal at Oyingbo was set on fire, some malls at Lekki/Ajah axis were looted.

On Thursday, there was an attempted jailbreak in Ikoyi.

The controversial and now-defunct Special Anti-Robbery Squad (SARS) unit has been the target of protests since 2017, but protesters say this latest wave is different than what came before.

They demand wider police reforms and better governance, which is acceptable, considering Nigeria is a democratic society.

But one of the major challenges confronting the #EndSARS protest is fake news.

For reasons best known to them, some persons have been pushing out different narratives.

AllNews discovered that some people stay abroad and spread misinformation to thousands in Nigeria.

We found a UK-based Twitter Influencer who is in that category of persons.

When false information lands on Twitter most especially, few stopped to question the claims, or to check the origin of the graphic pictures and messages that were spreading from phone to phone.

The celebrities too are not helping matters, as many of them swiftly share graphic pictures and videos to their massive followers without verifying them.

The fictitious images helped to ignite a blaze of anger and calls for retribution against some politically-exposed people.

Distrust between the governed and the government predates the rise of Twitter. But this writer fear that the graphic imagery and misinformation circulating on social media platforms contributed to recent violence, especially in Lagos, the country's commercial hub.

The number of parody/fake accounts on Twitter this period is making me dizzy. The amount of fake news too is annoying, especially during sensitive periods like this.
Please, no matter how 'sensational' it looks, take a closer look before you retweet or post. Please!#ENDSARS

Some people with some agenda best known to them disseminate lies, spread fear, and foment hatred in Nigeria’s already-heated polity.

AllNews discovered some old pictures and videos used to whip up fear all over the land.

In 2020, Nigeria had 99.05 million internet users, according to AllNews' findings.

Millions more are expected to go online over the next few years.

Nigeria is one of the most populous countries worldwide. 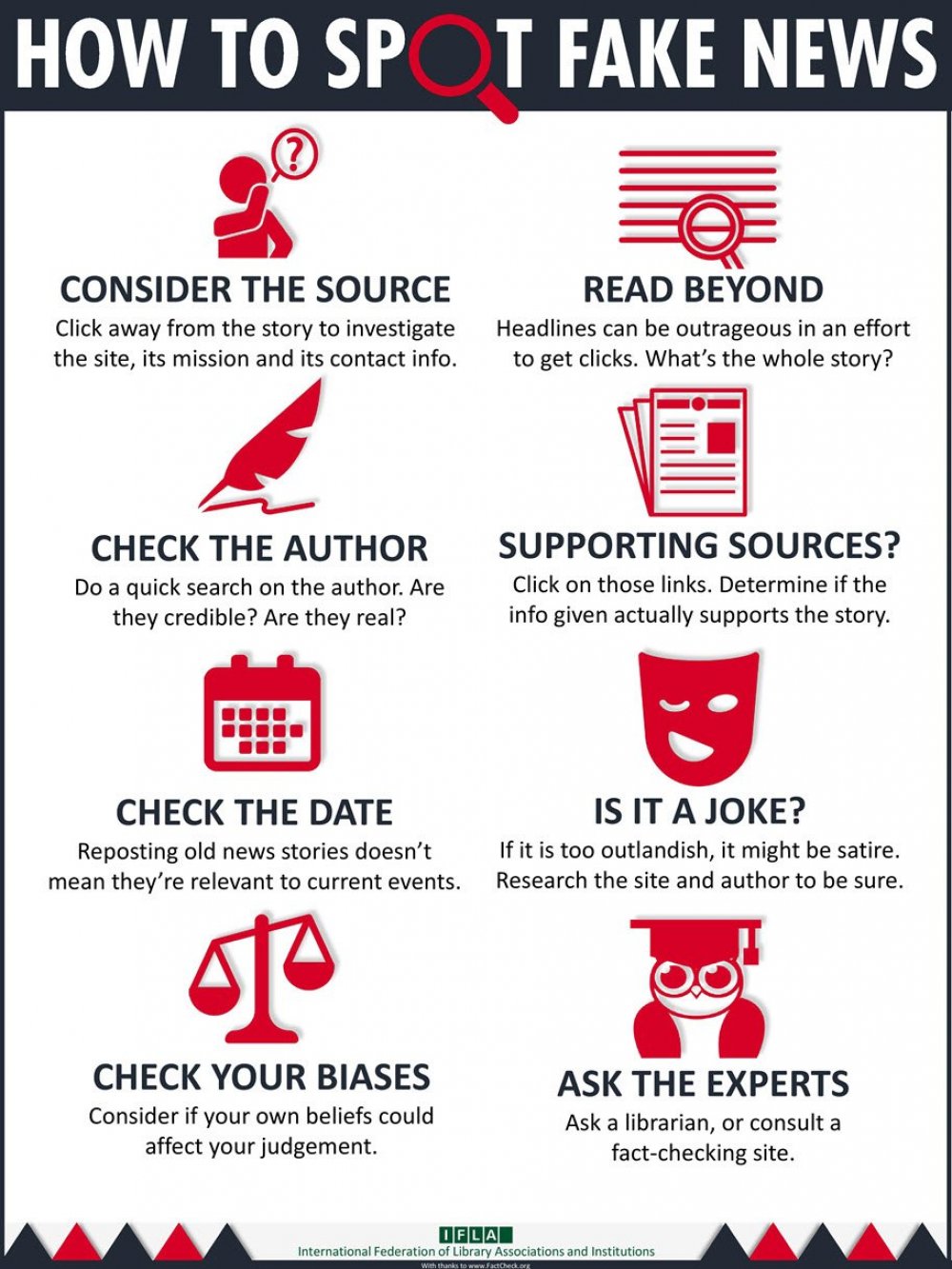 The lack of basic media literacy leaves many young Nigerians vulnerable to the kind of dangerous misinformation that is seen by thousands on Twitter in Nigeria.

In order to prevent panics like this, AllNews used its research tools to debunk false information found on social media.

Claim: A young man whose last words were "Peace and Unity" died on the IG live by DJ Switch

Nigerian entertainer DJ Switch had taken to her Instagram to share live footage of the infamous shooting at Lekki.

Many Twitter users claimed 'someone just died on DJ Switch’s Live' and 'Peace and Unity' trended on the microblogging site on Tuesday and Wednesday.

This 'news' is false.

While shooting happened (AllNews cannot independently verify if it was blank ammo or live bullets that was used), the information that someone died on the Disc Jockey's IG Live was concocted.

The face of the young man used is one Stephen Abbey. And he is alive and well.

Take this down. Make una no kill me before my time. https://t.co/sZvP7DVuIL

My death, just for few retweets and likes? https://t.co/bSt6bnDdwH

This is not the guy on the IG live.

This guy is me and you need to take this down immediately.

What will you benefit for chasing clout at this trying time?
Why pass information. 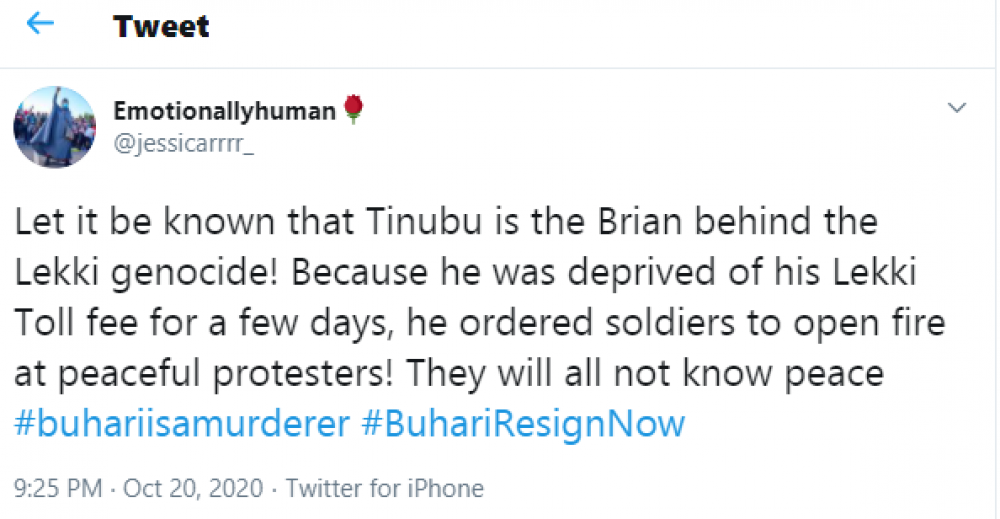 The Lagos state government acquired ownership of the Lekki Concession Company (LCC) and the Lekki-Epe expressway toll gate in December 2014.

Further credible information on the Lekki Toll Gate can be read in this 2018 report by The Cable.

As at the time of publishing this report, the big question of 'who ordered the soldiers' to storm Lekki remains unanswered.

Claim: UN will intervene in any protest that reaches 30 days in that country

Check out AllNews' fact-check about the claim here.

Total fake news bandied around on Tuesday on Twitter!

Badmus herself dismissed the reports.

Sharing a photo of herself on her verified Instagram page, the thespian wrote "Against all speculations about me being shot or dead at the unspeakable incident that happened at the toll gate few hours ago, I would like to inform you guys that I Eniola Badmus is hale and hearty. Infact, I couldn’t make it there today to lend my voice on the #endsars movement."

Against all speculations about me being shot or dead at the unspeakable incident that happened at the toll gate few hours ago, I would like to inform you guys that I Eniola Badmus is hale and hearty. Infact, I couldn’t make it there today to lend my voice on the #endsars movement. But in truth, I am broken and scattered to see what my country has become. We are tired and it’s becoming one time too many, how is it wrong to demand for our right/ expectations and be killed at it. How? We wont forget this day - 20.10.2020 in a long time. May the souls of the fallen heros Rest In Peace! #Wearetired #endpolicebrutality #Stopkillingus #Nigeriawillriseagain #Endsars #EniolaBadmus #Lagosonfire #nigeria

Going by Oxford Languages, a massacre is the unnecessary, indiscriminate killing of a large number of human beings or animals, as in barbarous warfare or persecution or for revenge or plunder.

Indeed, soldiers invaded the protest at Lekki Toll Gate (Going by video evidence). Even though the Nigerian Army denied it, the Governor of Lagos, Babajide Sanwo-Olu confirmed they were there.

Information reaching us now is that a life was lost at Reddington Hospital due to blunt force trauma to the head. It is an unfortunate and very sad loss.

This is an isolated case. We are still investigating if he was a protester.

The number of fatalities is disputed with the Lagos State government claiming one possible death while Amnesty International stated that 12 protesters were killed.

Protesters had been camping at the Lekki Toll Gate for two weeks prior to the shooting.

The protesters blocked car traffic on the major thoroughfare during these two weeks.

Condemning the military invasion which unarguably led to injuries, Sanwo-Olu said 'he has no knowledge about the protocols of the military and how they come out of their chain of command'.

“I don’t know how the officers got it all wrong because the instruction was that police won’t be out until 10-10:30 p.m. when all citizens should have gotten to their various homes. This is totally against what we stand for.

“The army does not report to me, I have reported the matter to the highest command in the military. It’s not something we are going to gloss over. A judicial panel will be set up to investigate it. I have escalated it to the highest level of the military.”

As at the time of publishing this report, it is hard to get identity of those who allegedly lost their lives.

All the media houses (reputable ones in Nigeria and abroad) who reported the story banked on 'witnesses' accounts.

According to these 'witnesses', the military did not allow ambulances through to the shooting ground and that the military men collected the dead bodies themselves.

But as far as AllNews knows, no family of any dead person in the Lekki shooting has come out publicly to demand the unconditional release of corpse(s).

Note that AllNews is not ruling out death in the incident. 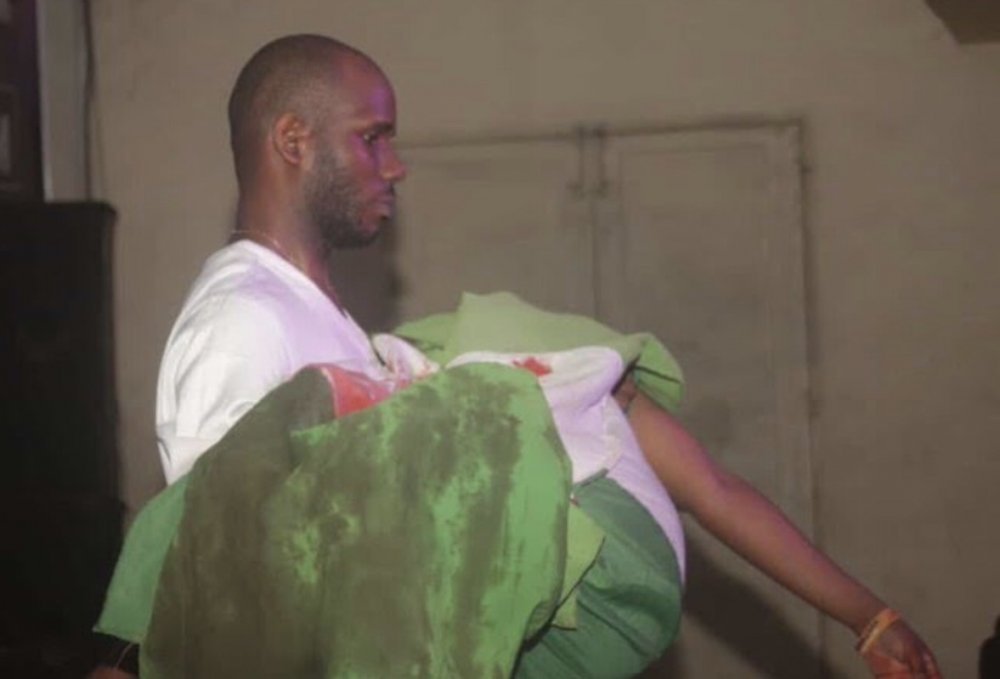 Emotions aside, a prominent picture used aftermath of the Lekki incident, showing a man carrying a supposedly dead lady wrapped in a Nigerian flag does not suffice to rule that a human life was lost on the protest ground as a result of the shooting.

Let's pause & think. Did @jidesanwoolu lie? Did anyone die at the protest ground? Where are the dead? Where are their families? Were there shootings? Yes. Injured? Yes. Massacre? No! Did we fall for a lie that gave room for the destruction of Lagos? #EndPoliceBrutalityinNigeraNOW

"Let's pause and think. Did Babajide Sanwo-Olu lie? Did anyone die at the protest ground? Where are the dead? Where are their families? Were there shootings? Yes. Injured? Yes. Massacre? No! Did we fall for a lie that gave room for the destruction of Lagos?

"Steve ABBEY did not die. Photo of him was circulated on Twitter. He debunked the story himself. He is fine. Eniola Badmus allegedly shot in the stomach. Eniola was not shot and is very fine. Has anyone called her? I need help on the REAL ones who died at Lekki, please.

"Comrade Anthony Okechukwu did not die at the protest ground. He was not shot by the soldiers. He died in a motorcycle accident. Go and find out. May his soul rest in peace, amen."

Why Enugu Former Commissioner Was Remanded In Prison Custody