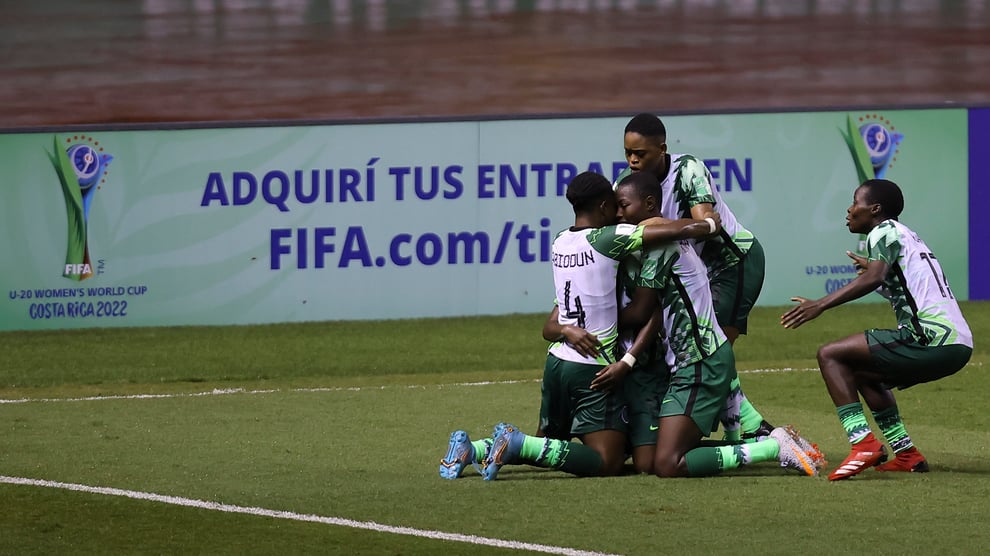 Falconets made it two wins out of two as they defeated South Korea 1-0 on Sunday in their Group C Match Day 2 of the ongoing FIFA U-20 Women’s World Cup in Costa Rica.

The Falconets got a vital boost at the Estadio Alajuela Morera Soto Stadium with the defeat of the South Koreans to reach the knock-out round.

Falconets got on a sound footing with excellent passes to the admiration of a few spectators but no goal to show for their display in the first half of the match.

They started very well, but their Korean opponents grew into the game and even hit the post from a free kick but the Nigerian girls held on.

Both teams played almost all their tactics and skills all to no avail in the pursuit of a goal that never came. The Falconets dominated possession with 64 per cent as against the South Koreans’ 36 per cent.

Esther Onyenezide broke the deadlock for the Falconets in the 83rd minute of the game and it proved to be the decider of the match.

The Falconets?? seem to like late goals, and they score beautiful ones at that. Esther Onyenezide lined up her shot to perfection, sending a belter past the Korean keeper, and the Nigerian girls just had to 'Buga' for the culture ?#TeamNigeria| #U20WWC pic.twitter.com/6suxxUkN3e

Nigeria will be up against Canada on August 19 in their next match.

The victory lifted the Falconets to the knockout rounds of the World Cup even before a final group game against Canada.