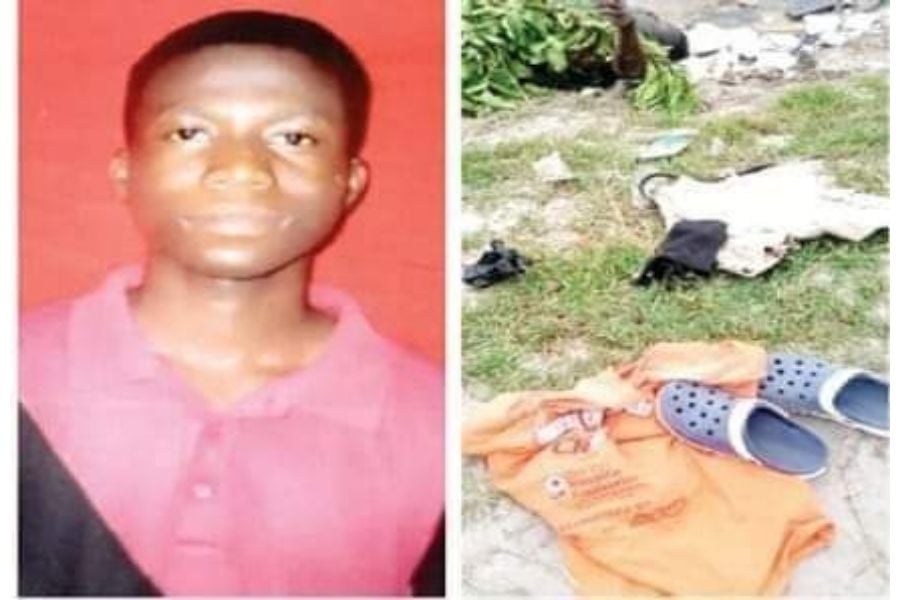 The family of Samson Ajayi, the 22-year-old student of the University of Ibadan are in disarray after news emerged that he went missing while working on a construction site in the Ajah area of Lagos State.

Sources disclosed that Samson was declared missing on March 9, 2022, after the case was reported at the Negombo Police Station.

Information obtained from Taiwo Ajayi, and his uncle indicated that the UI undergraduate resided with his parents in the Alagbado area of Lagos State.

Taiwo also revealed that Samson took up the job due to the ongoing strike embarked upon by the Academic Staff Union of Universities (ASUU).

"Samson went to work on the construction site so as not to be idle. All efforts by the family to find him were abortive."

He also noted that the family is suspecting foul play from co-workers at the construction site.

"His colleagues reported his absence to his mother on the telephone. On Thursday, March 10, I and his mother went to the construction site. On getting there, we made calls and searched everywhere, but we could not find him.

“Since his colleagues had yet to report the case to the police, we decided to report at the Negombo Police Station, but we were told to come back the following day, Friday, March 11.

“We later wrote a petition to the Lagos State Commissioner of Police, Abiodun Alabi, who said the case should be transferred to the State Criminal Investigation Department, Yaba.

“The police arrested some suspects, including the site engineer and the three security guards on the site.

“However, they showed the family a burnt corpse; there were also trousers and a shoe by the riverside, which they claimed to be Samson’s.

“We discovered that the body looked more than two weeks old and the body appeared older than my missing nephew.

“The suspects who were detained were later released. When we asked the CP about the release, he said he was not aware of it," Taiwo stated.

The Police Public Relations Officer of the Lagos State Police Command, Benjamin Hundeyin said the matter was reported and an investigation had started.

Hundley added that due to the seriousness of the case, it had been transferred to the headquarters for detailed investigation.

“The team handling it at the headquarters is still investigating and soon, I should be able to give you further updates on that case."