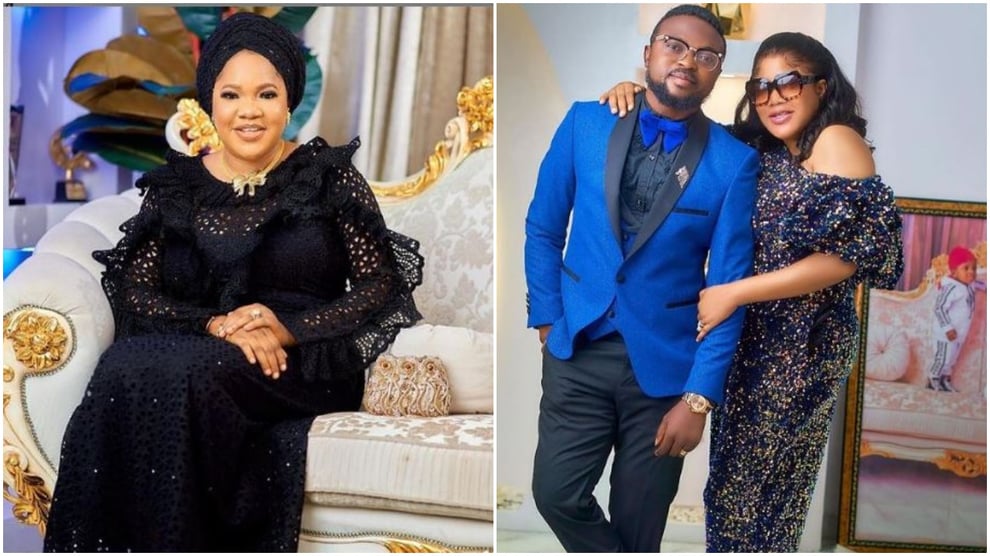 A fan has apologized on social media for a misunderstanding regarding actress Toyin Abraham and her marriage to Kolawole Ajeyemi.

Following the failure of her marriage to Adeniyi Johnson, Toyin Abraham received a lot of backlash and criticism after she tied the knot with Kolawole.

Many assumed that Toyin Abraham was older than Kolawole, but their relationship has only grown deeper over time.

The actress took to Instagram to thank her followers and colleagues for taking the time to help her husband celebrate his birthday with gifts and well greetings.

"If there were other words that could express my gratitude I would be using them but in their stead, I will go for these two words 'THANK YOU'.

"Thank you to everyone who took out time to wish oko mi @kolawoleajeyemi a happy birthday today. Thank you for the overwhelming love, pure prayers, massive wishes, gifts, care, and support.

A social media user responded to the post by apologizing to Toyin Abraham and Kolawole, claiming that he was one of those who doubted their compatibility but that they proved him wrong.

Abraham thanked the follower and begged him to continue praying for her and her family. Take a look at the discussion below:

babadeeelobito wrote: "Congratulations to your husband Toyin. I was one of those who doubted you guys’ compatibility. You both proved me wrong. And for this, I am sorry." 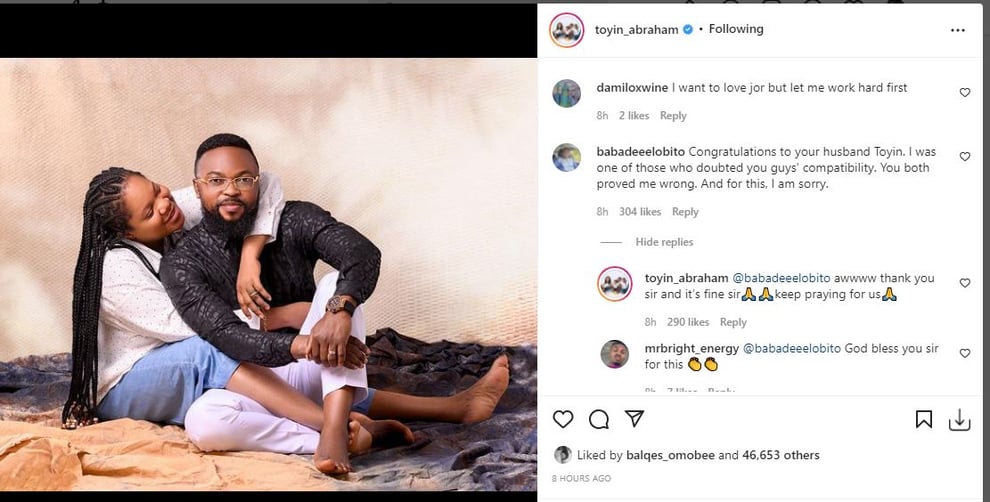