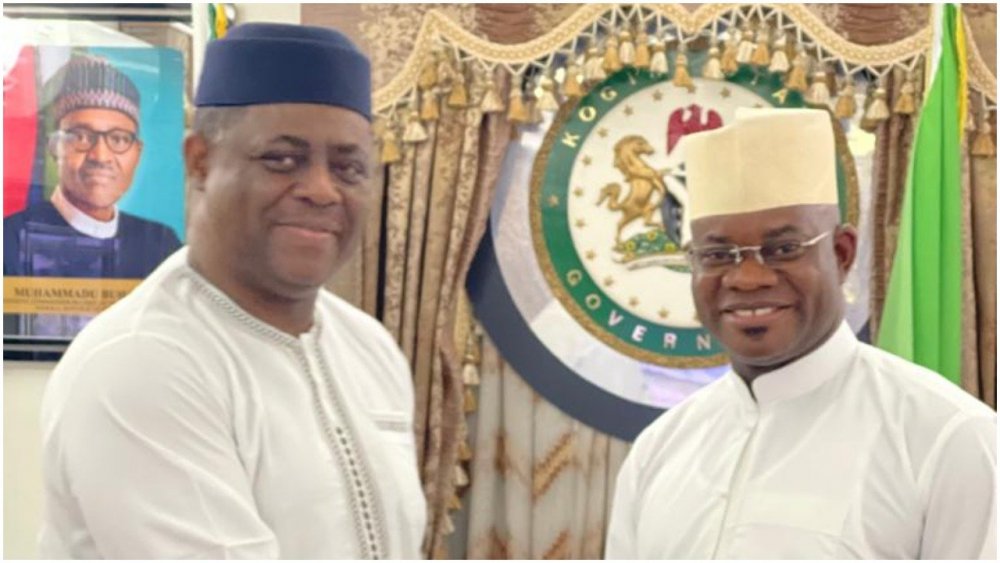 As the 2023 Presidential election draws ever near, the leadership of All Progressives Congress (APC) has opened the door of discussion with four governors of the People’s Democratic Party (PDP), with the aim of getting them to join the ruling party.

According to The Punch, the former Minister of Aviation, Chief Femi Fani-Kayode, had met with the Caretaker Chairman of the APC, Mai Bala Buni and Kogi State Governor, Yahaya Bello.

A high-ranking member of the APC disclosed that while it was true that the party leadership had gotten in touch with Fani-Kayode, he is yet to make any commitment.

However, the source described the meeting as fruitful and that “things are looking bright.”

The source said, “Fani-Kayode met with Yahaya Bello and Buni on Sunday for two hours. It is all about the politics of 2023 and the recent registration drive of the APC.

“Fani-Kayode has not made any commitment yet but discussions are still ongoing.”

READ ALSO: Why Nigerians Will Vote Out APC In 2023 – Wike

The source also declined to disclose the identity of the four PDP governors planning to join the ruling party, saying that it would be unwise to do so at this point.

Going further to explain that, “The four governors want assurances that the APC structure in their respective states would be handed over to them once they defect as has been the tradition. That is what is being discussed.

“Some people will also leave APC soon from the look of things. You will keep seeing such realignment ahead of 2023,” he said.

Investigation revealed that the four PDP governors in question are unhappy with what they referred to as the alleged personalization of the party by the Governor of River State, Nyesom Wike and Aminu Tambuwa of Sokoto State because of their 2023 ambition.

Fani-Kayode could not be reached to hear his side but a close confidant spoke on condition of anonymity said, “Chief Kayode is a politician and hardly turns down invitations when it is about Nigeria, he was invited by his friend the Kogi State Governor to visit Buni, he went and listened to what they had to say. You know him, if it is something, he needs to take a decision on he will and it can’t be hidden.”

Reacting to the news, the National Publicity Secretary of the PDP, Kola Ologbondiyan said, “The fictitious four PDP governors only exists in the minds of the discredited APC.

“We challenge the party of propagandists to name even one of our governors in talks with them. No Governor in Nigeria today is proud to be associated with the Buhari regime which has continued to fail Nigerians.

“Who will want to leave a structured party like the PDP to join the confusion called the APC? Just to register members they are already killing themselves. Our governors remain united behind our party as we prepare to return and give our great country a sense of direction.”