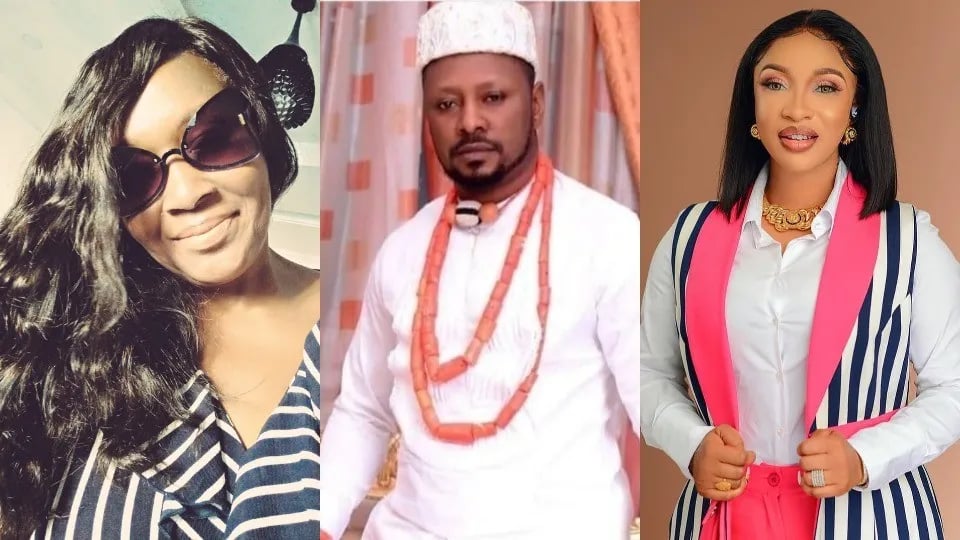 Fans are dragging actress Tonto Dikeh over her reaction to Kemi Olulonyo's live video session with her ex, Prince Kpokpogri.

The controversial claimed in the video that Tonto Dikeh was only bragging and was not responsible for the demolished building.

Tonto used her social media story in response to the video to threaten Kemi Olunloyo with jail time.

She wrote: "It’s like Kemi wants me to talk to her or something…

"Na Ogun go help me put her for jail. Make we start to do Go Fund Me for you again. 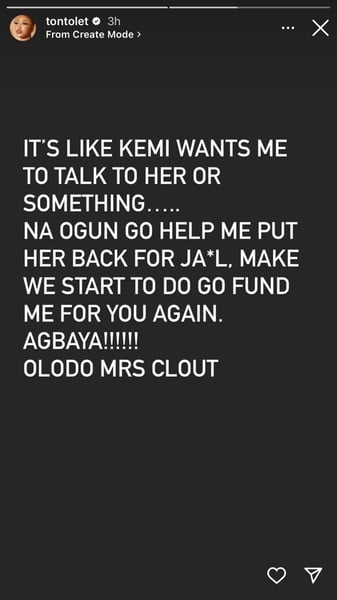 There have been mixed reactions to this video, with many criticising Tonto Dikeh for responding when she knew nothing about the demolished building.

Elvis, a user, advised Tonto Dikeh to stop ranting if she wasn't responsible for the building's demolition.