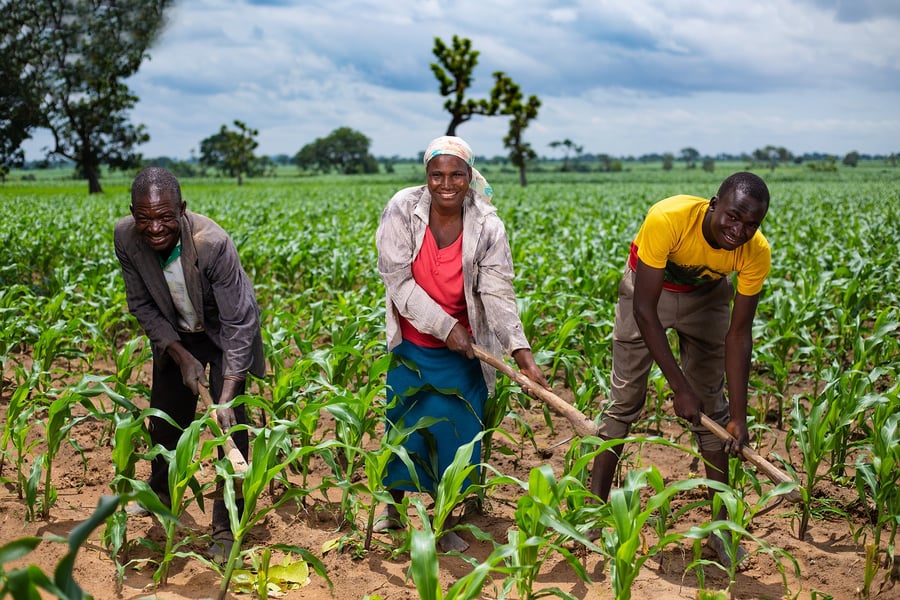 All Farmers Association of Nigeria (AFAN) has called for speedy and effective implementation and sustainability of “laudable agricultural initiatives and policies” by the Federal Government.

Kabir Ibrahim, National President of AFAN, in an interview in Abuja on Thursday, said only full implementation and sustainability of such initiatives would impact on the national economy.

Ibrahim listed the initiatives to include; the CBN Anchor Borrowers Programme, the Agriculture Promotion Policy, Presidential Fertiliser Initiative, and the Integrated Farm Initiatives by the National Agricultural Land Development Agency.

Others, he said, were; the National Livestock Transformation Plan (NLTP), Farmer Data Capture, Social Safety Nets, National Food Reserve Agency and the Seeds, Fertiliser and Soil Acts, which he said would all give impetus to a veritable food system.

“For these initiatives to impact positively on the agricultural transformation of Nigeria’s economy and also Africa’s economy, they must be satisfactorily implemented and sustained beyond the present administration,’’ the ANAN President said.

Ibrahim also advocated for an agricultural subsidy to reach the smallholder farmers, directly and sustainably in Nigeria and Africa, especially with the current COVID-19 pandemic, Russia’s war on Ukraine and insecurity shocks.

According to him, smallholder farmers are the engine room of production in agriculture in Africa with a low level of mechanisation, hence agriculture should be directly subsidised to attain a reasonable level of food sufficiency.

“The vulnerability of Africa’s economy due to the various shocks posed by the COVID-19 pandemic, Russia's war on Ukraine and insecurity can only be mitigated by the evolution of an efficient `Africa food system.’

“All countries in Africa must commit to the sizable investment in agriculture to bolster their food systems and avert further stresses and challenges of food and physical insecurity pervading the entire continent.’’

However, he noted that the Africa Continental Fee Trade Area (AfCFTA) initiative, was germane to Africa’s prosperity if the right strategies would be judiciously deployed in its implementation.

The AFAN boss advised that all countries in the African continent should create the requisite synergy among themselves by optimising productivity, processing, storage, distribution and consumption of food to evolve a veritable food system.

He said towards the ethos that Africans should be their brother’s keeper to realise the continent’s full potential, a United States of Africa should be created by revamping the African Union.

“There are several innovations in agriculture aside from mechanisation and value addition, such as climate-smart agriculture, the sustainable deployment of agricultural biotechnology, and all-year-round agricultural production.

“This will make Africa the `food continent’ of the globe, especially leveraging on its large cultivable land and nearly 60 per cent youth population,’’ he said.

According to him, the COVID-19 pandemic has taught the entire world the need to be self-sufficient in food, medicine and almost every facet of life.

Ibrahim reiterated that shocks such as the Russian war on Ukraine should serve as a wake-up call to Africa if the continent must become sustainably competitive and prosperous.