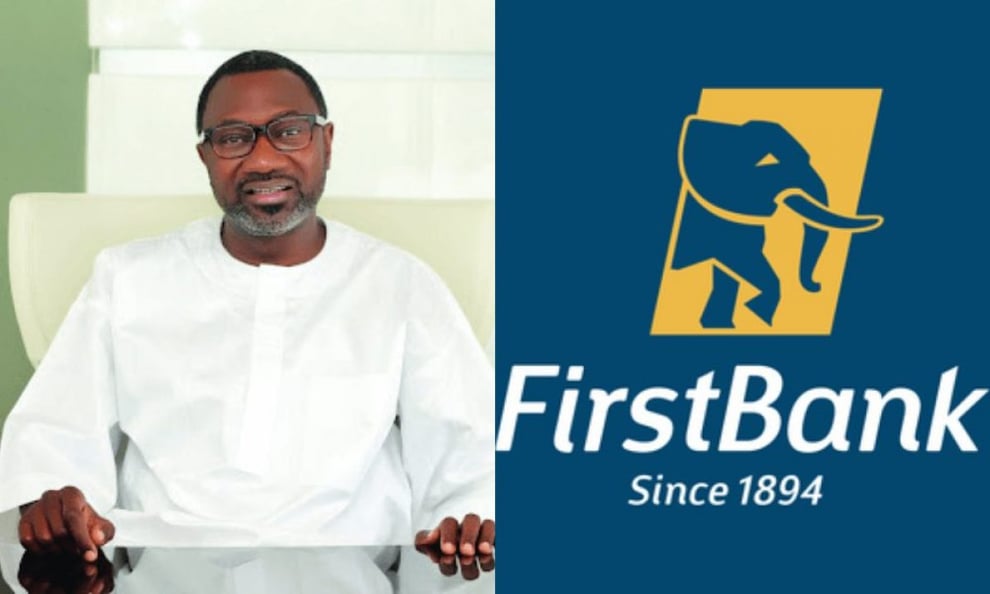 It was reported just recently that Femi Otedola had acquired an additional 2.5 percent interest in First Bank Holdings Plc, bringing his total stake to 7.57 percent.

The former chairman of Forte Oil acquired a further interest in FBN Holdings Plc, the parent company of Nigeria’s foremost financial institution, First Bank, in order to consolidate his individual shareholding position in the company.

This development represents a continuation of the ensuing drama behind the on-and-off boardroom politics for the heart and soul of the company amongst the several principal shareholders.

It was learned from reliable sources that Femi Otedola, who previously had a 5.07% stake, decided to increase his controlling interest to 7.57%, thus making him the single biggest individual shareholder.

It is believed that this purchase will put him way ahead of his closest contender, Tunde Hassan-Odukale, in the battle for who controls the heart and soul of the company.

Femi Otedola is the former chairman of Forte Oil PLC, an importer of fuel products, was born on November 4th, 1962. He is also the founder of Zenon Petroleum and Gas Ltd. and the owner of a number of other businesses in shipping, real estate, and finance.

He has recently invested in power generation as part of the liberalization of the sector in Nigeria.

Otedola’s earlier move, which surprised everybody, especially those with vested interests such as Tunde Hassan-Odukale, pushed him to swiftly lay claim to a 5.36 percent shareholding in the "Holdco" in what he called a "cumulative equity stake" drawn from a combination of his direct, indirect, and related party shareholdings in the group.

It was gathered that the unprofessional conduct by Tunde Hassan-Odukale, who also owns Leadway Pensure PFA, affected his desire to increase his controlling stake to surpass that of Femi Otedola. Tunde Hassan Odukale's moves were completely discredited by the management of the Nigerian Stock Exchange.

The wrangle around the claim lies in how an equity investment from a pool of employees’ pension contributions could qualify as a single individual’s investment.

Further to this, the Nigerian Stock Exchange in October asked FBN Holdings to explain what it meant by "cumulative equity stake" and Mr. Hassan-Odukale’s claim to investment by Leadway Pensure PFA.

Unable to provide a satisfactory answer, the management of the NGX placed Hassan-Odukale's individual equity interest in First Bank Holding Plc at 4.31% after deducting the controversial "cumulative equity stake."

Despite the report's showing a drop in profit by 40 percent, its performance in the NGX stock market continues to generate positive reviews.

Industry watchers are optimistic that with this issue of the controlling stake battle between Femi Otedola and Tunde Hassan-Odukale finally settling down, everybody can be hopeful of a better financial performance.