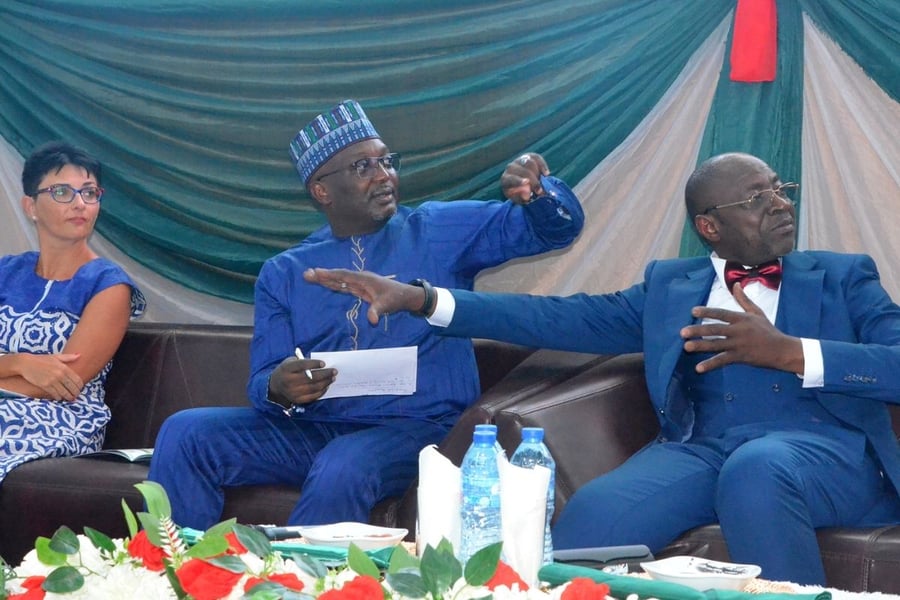 The Federal Government through the National Agency for Science and Engineering Infrastructure(NASENI) has called for solution-based research proposals that address the socio-economic problems of the country.

Chairman of the Presidential Implementation Committee (PIC) on Technology Transfer/Information Exchange between Nigeria and the Czech Republic, Dr. Muhammed Dahiru, disclosed this in Abuja on Wednesday.

The event was tagged: 'Launch of Call for Research and Development Proposals for Delta-2 Programme.'

He said the launch was simultaneously hosted by the Technology Agency of the Czech Republic (TA CR) with at least eight other participating countries.

Dahiru said it was the first part of the project procedure scheduled on “TA CR Delta 2 Programme for bilateral cooperation in applied research and technology transfer for agriculture, mining and general manufacturing.

The PIC chairman mentioned these areas include: agriculture and food technology, mining and industrial development and general manufacturing for SMEs development.

He recalled that the inauguration of the PIC on Technology Transfer/Information Exchange between Nigeria and the Czech Republic took place in December 2020.

He said the MoU would subsist until its expiration in 2024, listing the priority areas to include: biotechnology and pharmaceutical research, agriculture and food technology, mining and industrial development.

Others, according to him are energy technology, sustainable transportation technology, environmental protection and sustainability, information and communication technology, nano-science, nanotechnology and advanced material, and genomic medicine among others.

Dahiru stated that in the PIC’s Terms of Reference, the committee was expected to collaborate with relevant stakeholders and partners to ignite a process of fostering growth and expansion of infrastructure, manufacturing and innovation in the country.

Prof. Mohammed Haruna, Co-Chairman of the PIC, said the call for public proposals for the Delta-2 programme was one of the projects to be implemented under the agreement.

He said the Delta-2 Programme was the cooperation model of the TA CR running for the period from 2020 to 2025, through which TA CR sponsors applied research and innovation of manufacturing companies and innovative institutions.

He further disclosed that the Czech government had allocated approximately the sum of 10.5 million U.S dollars as a research fund through the TA CR.

Accordingly, he said NASENI on behalf of the Federal Government had supplemented this sum to the tune of N2 billion or 5.7 million U.S. dollars.

Haruna expressed optimism that technology acquisition and domestication through collaboration would help Nigeria bridge the technology gap existing among the Western nations.

He also said it would facilitate transition to a manufacturing economy, adding that deployment of technology was crucial to mitigating socio-economic and security challenges.

Zdenek Krejci, Czech Ambassador to Nigeria, said Nigeria was a significant partner to all African countries.

Represented by Beata Matusikova, Head, Economic and Commercial Affairs at the Embassy of Czech Republic, he noted that Czech Republic and Nigeria were developing stronger ties through technology transfer.

The highlight of the event was the presentation on how to participate in the Delta-2 Programme, by John Mbiimbe, Head, of ICT at the PIC Secretariat and goodwill messages.