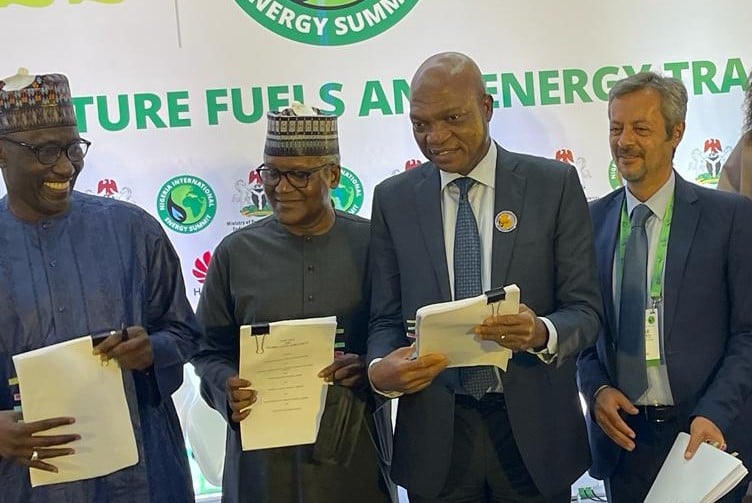 The Federal Government has appealed to partners in Nigeria's Liquified Natural Gas (NLNG) project to allow transportation of third-party gas through its joint pipelines to increase gas supply to the plant.

Minister of State Petroleum Resources, Chief Timipre Sylva made the appeal during an audience with the new Italian Ambassador to Nigeria, Sefano De Leo, on Monday in Abuja.

NLNG has been unable to operate at full capacity following the refusal of the joint partner's Shell, Chevron, NNPC and others, to allow third parties to transport gas through their pipelines to the NLNG Trains.

This has been causing the company’s inability to meet both domestic and international gas obligations.

According to a statement by his Senior Adviser (Media and Communications) Horatius Egua, the NLNG is at present only able to produce at about 70 percent of installed capacity.

Sylva said if the NLNG partners relaxed their rules and allowed the third parties to supply gas to the NLNG, the company would be able to provide gas to help ease European Union’s gas crisis.

“The issue we have with the existing NLNG Trains is that of insufficient gas supply.

"The partners are running out of gas and they are refusing the third parties to supply gas to the Trains.

“The partners are insisting that they can only allow third-party supply gas to the plant only if they agree to supply at subsidised rates.

“These people, of course, want to make money and they cannot supply at subsidised rates and that’s why the NLNG Trains cannot produce at full capacity.

“The partners can afford to supply at subsidised rates because they are partners in the NLNG project not the third parties.

“This is a very critical issue I want to discuss with the respective partners to see how we can resolve this problem so that we can increase the production capacity of the NLNG,” Sylva said.

The minister, who stressed the long-standing relations between Nigeria and Italy, also sought the cooperation of the Italian government in providing support for night helicopter rescue operations in the country.

He added that at the moment helicopters cannot fly at night in Nigeria thus foreclosing any rescue operations at night.

“For us, this is a very important matter.

"We want to develop a 24 hours economy. We want a situation where helicopters can fly 24 hours in Nigeria”.

In his response, De Leo stressed the importance of Nigeria in Africa and noted that as the continent’s most populous country, it would be difficult for anyone to ignore the country both on the political and economic front.

“At the moment, the EU wants to diversify its energy sources especially gas and Nigeria is very strategic to us.

"We have been long-standing friends and partners and one of the most important ones for that matter.

“So, we need to continue to dialogue on how things can be done properly.

I"n Africa, no country is more strategic than Nigeria because of its population, economy and political position.

“So we are happy to work with you,” the ambassador further stated.