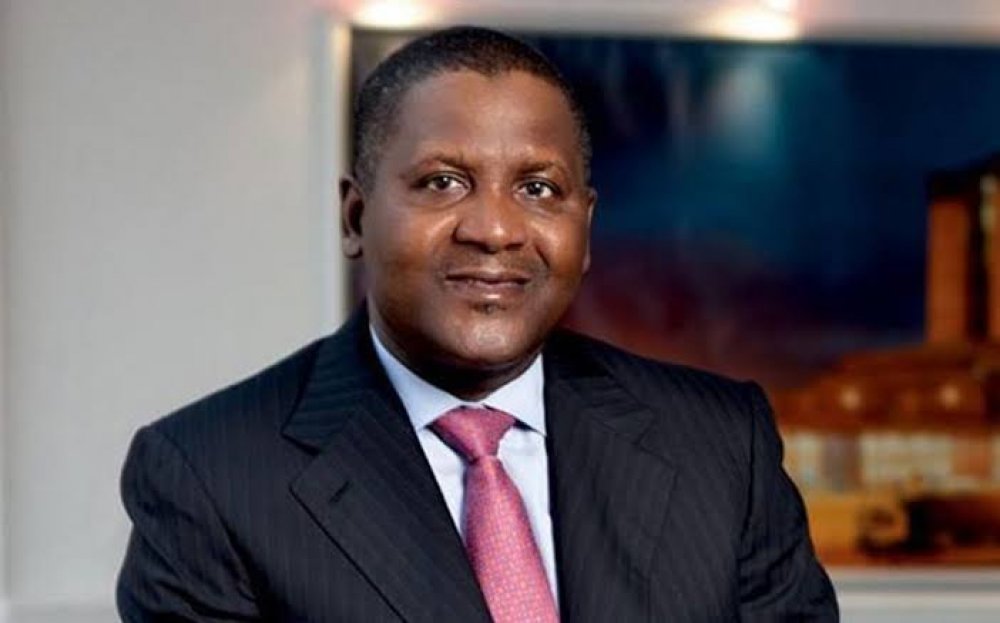 Dangote Refinery will sell its refined oil at international price to Nigeria when it commences operation next year. The refinery which is being constructed in Lagos, won't sell according to domestic price despite operating within Nigerian.

According to the Minister of Finance, Budget and National Planning, Zainab Ahmed, the location of the refinery was a determining factor in the choice of the refinery's market price. The refinery is situated at the Export Processing Zone, Lekki, in Lagos State, and it is expected to refine 650,000 barrels of crude oil per day.

Reason For Allowing Dangote Refinery To Sell At International Price

Ahmed disclosed that the only benefit of the refinery operating in Nigeria is that it eliminates shipping cost. She told  NTA’s ‘Good Morning Nigeria’ programme on Monday, that this will encourage more private investors to invest in refinery operations in Nigeria.

It was gathered that Dangote Refinery selling at international price will lure investors and end uncertainty around the market model. “What we are doing is enabling the petroleum sector to actually grow.

"There have been a number of refineries that have been licensed for several years. None of them was willing to start refining under the regime that we had were fuel was controlled.

“The Dangote refinery is sitting within an Export Processing Zone so they are insulated from that. When we buy fuel from Dangote, we will be buying fuel at the international market price. The only savings that we will be making is the savings of freight which is shipping."

While speaking about the international price to be adopted by Dangote Refinery, the Minister of State for Petroleum Resources, Timipre Sylva, said even if Nigeria was refining crude oil within the country, the impact of the local refinery won't be significant.

He said crude oil determines the cost of petrol, so if crude oil price remains high, petrol price won't drop. Sylva said the only exclusion of shipping cost will reduce petrol price, “For now, our supply is coming mostly from imports as we all know. And that doesn’t really have an impact on the price as people would think.

Ahmed also addressed the economic impact of the deregulation of the oil market which has forced fuel price to rise. She said the government handing off price control will also lead to more private refinery and increase the availability of fuel.

The Minister said it will also lead to employment opportunities, “It will mean more refineries will open, they will employ people and fuel will be available in different parts of the country and not just relying on the government refineries.

“Those refineries are old and even if we turn them around, we will not be able to operate them at optimal capacity, so while the NNPC is trying to rehabilitate them, we also need to encourage the private sector refineries to come on stream and even state governments that have the capacity."