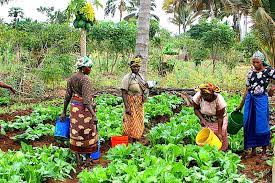 The Federal Ministry of Agriculture and Rural Development (FMARD) has empowered pastoral women farmers in the Sullubawa community in the Bauchi local government area of Bauchi state.

Dr. Mohammed Abubakar, the minister, stated this at the opening ceremony of a two-day vocational skills acquisition for pastoral and rural women farmer communities on Wednesday in Bauchi.

He said that the federal govern­ment had equally resolved to empower pastoral women farmers through vocational skills acquisition to promote self-reliance amongst them.

Represented by Daniel Abarshi, the state Director of the Ministry, the minister said women play a crucial role within pastoralist societies not just as livestock producers, income generators, and caregivers, but also as key organisers and keepers of local knowledge.

Abubakar said the vocational skills would provide a platform for the women to be self-reliant and complement the efforts of their husbands.

He emphasized that the ministry, through the department of animals husbandry services, had given pastoralists priority by providing them an enabling environment for grazing.

The Minister said that the beneficiaries would be empowered and provided with skills on how to make liquid soap, Vaseline, balm oil, Izal, Dettol, and carrot oil.

“We officially registered 20 women beneficiaries, but many community members had shown interest in joining the vocational skills acquisition and they are allowed to join,” he said.

In a remark, Jidauna Tula, the Commissioner for Agriculture, represented by Permanent Secretary in the Ministry, Alhaji Yakubu Abdulkadir, commended the Federal Ministry of Agriculture for impacting much on the communities of the state.

He said the FG‘s intervention in many different projects had touched the lives of the citizens, such as portable water, electricity, grazing facilities, and health facilities, among others.

Tula enjoined the beneficiaries and the communities that were involved to be committed during the training, so as to be self-reliant.

Speaking on behalf of the community and the beneficiaries, Malam Abubakar Walijo appreciated the federal and state governments for the gesture.

He urged the beneficiaries to listen with keen interest and take the skills acquisition seriously.