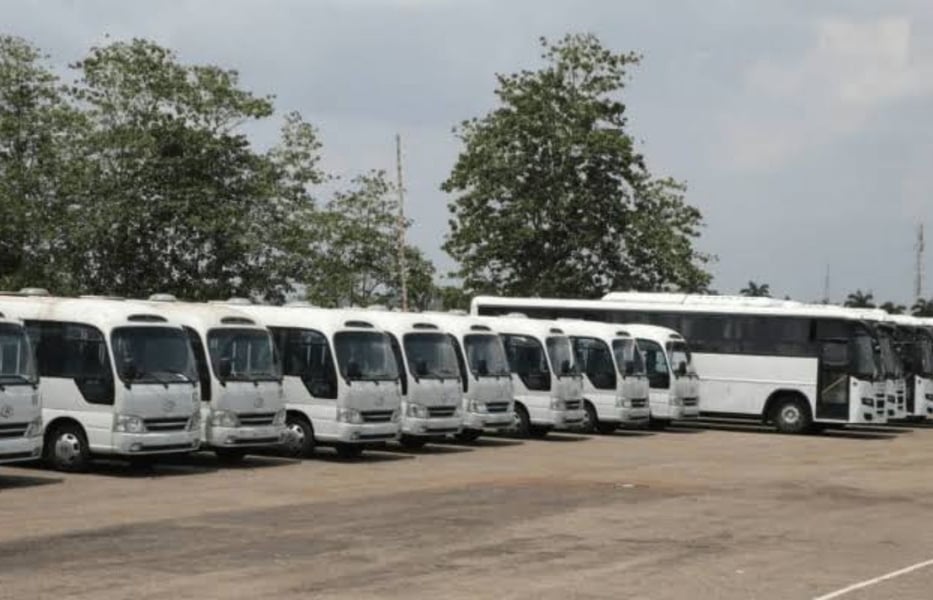 Femadec Group in partnership with the Federal Government, will on May 5 begin the deployment of compressed natural gas-powered mass transit buses in Abuja, the nation’s capital.

Akinnola said the move was part of the actualisation of the Federal Government’s autogas policy which was launched in December 2020 by President Muhammadu Buhari.

According to him, the mass transit scheme, which will be operated by Femadec Express, a division of the company, is starting with 20 buses manufactured by Hyundai in South Korea.

“We intend to start on May 5, after the long holidays.

"Preparations are being put in place, drivers are being trained and also installation of the payment system in the buses is ongoing.

“We are partnering with Abuja Urban Mass Transport to ensure that we have a smooth take-off.”

Akinnola explained that Compressed Natural Gas (CNG) buses were cheaper to operate and also environmentally friendly as the world was moving toward cleaner sources of energy.

“Part of our business plan and strategy is to key into the Federal Government’s gas penetration scheme which includes CNG and autogas.

“There is a lot of mass transportation in the country using diesel and petrol. Apart from being environmentally hazardous, diesel has become very expensive.

“We saw this a long time ago and even without being given any contract, we decided to bring in these first 20 buses because we envisaged that this time is going to come where people will likely want to switch to gas.”

Speaking on the company’s expansion plan, he disclosed that the company was planning to acquire a total of 100 CNG buses by the end of the year.

“Our plan this year is to hit 100 buses. Apart from these 20, we are in the conclusion of another 10 from the manufacturers, Hyundai in South Korea.

“They will be delivered in the next one month. Then by August or September, we plan to bring in another 30 while we are targeting a total of 100 buses in our fleet by December.

“We are also looking at September to kickstart the scheme in Lagos and we are engaging the Lagos Metropolitan Area Transport Authority,"

”By then, the refueling centre would have been in place at our facility in Abijo on the Lekki-Epe Expressway, Lagos,"

“We also intend to establish a CNG conversion centre there so that vehicle owners can convert their cars from petrol and diesel to autogas,” Akinnola said.

He noted that the gas penetration policy would create employment opportunities for young Nigerians and boost the nation’s economy.

Akinnola, however, called on the government to create an enabling environment by granting import waivers for those investing in the gas sector as a way of accelerating its development.

Oyegoke said the NMDPRA, as a business enabler, was available to guide investors to ensure that the gas penetration policy of the government and the National Gas Policy was effectively cascaded down to the masses.

He said: “The Federal Government has realised that keying into gas is one of the rapid and accelerated ways of improving the economy,"

“The government in its wisdom has laid down policies to help not only electricity and industries but also transportation system,"

“That is why we now have these buses that will be powered by CNG. This will reduce pressure on other white products like Premium Motor Spirit and Automotive Gas Oil.

“It will help diversification by giving options to consumers to improve their businesses.

“Above all, it is environmentally friendly and part of the government’s plan to achieve net-zero carbon emissions by 2060.”