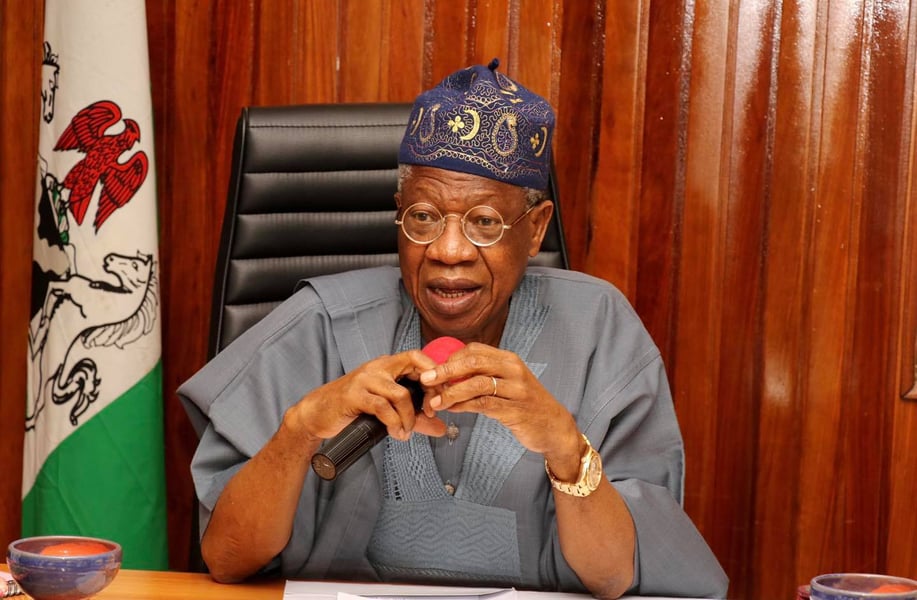 President Muhammadu Buhari's administration has been dragged to court by the Socio-Economic Rights and Accountability Project (SERAP) over its failure to publish the federal government's agreement with social media platform, Twitter.

Per a Daily Post report, the suit is filed by Kolawole Oluwadare and Opeyemi Owolabi, and included in it as Respondent is the Minister of Culture and Information, Lai Mohammed who made the Twitter ban known in June 2021.

According to SERAP, Mohammed responded to the group's freedom of information request but the answer was "completely unsatisfactory, as he merely stated that the details are in the public space".

The ban on Twitter was lifted in January 2022, with the federal government disclosing that the micro-blogging platform had "agreed to act with a respectful acknowledgment of Nigerian laws and the national culture and history".

In the suit FHC/L/CS/238/2022 filed at the Federal High Court in Lagos, SERAP is making a request of the court to compel President Buhari and Mohammed to make the details of the agreement public.

The group says full disclosure will help Nigerians scrutinise it, look for legal remedies, and make sure the conditions are not used as pretexts to suppress the masses in any way.

Furthermore, SERAP is stating that making the agreement known will promote transparency, accountability and help to mitigate threats to citizens' rights online while ensuring that their privacy and freedom of speech is not tampered with.

"The operation and enforcement of the agreement may be based on broadly worded restrictive laws, which may be used as pretexts to suppress legitimate discourse.

"Any agreement with social media companies must meet the constitutional requirements of legality, necessity, proportionality, and legitimacy.

"Secretly agreed terms and conditions will fail these fundamental requirements", part of the suit reads.