FG Moves To Tackle Under Dispensing Of LPG By Marketers 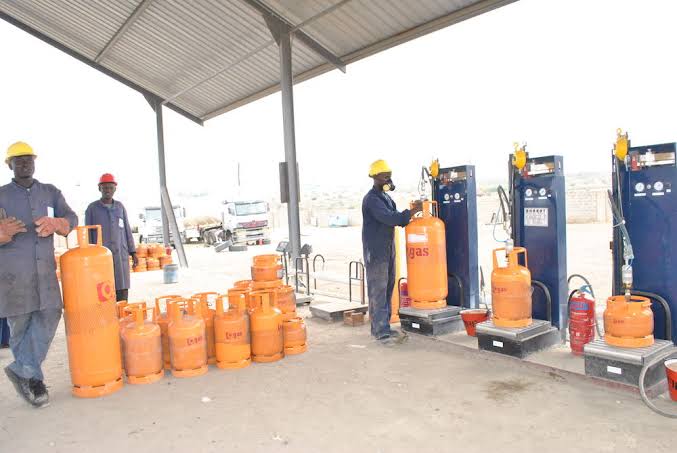 The Federal Government said that it is committed to addressing the issue of under-dispensing of Liquefied Petroleum Gas (LPG), also known as cooking gas, by both depot owners and marketers.

He said the engagement was aimed at addressing the issue of under-dispensing of LPG at the various LPG depot terminals to the marketers.

According to him, it will also provide opportunity to address the under-dispensing being experienced by the consumers of LPG at the different LPG sales points in Nigeria.

Adebayo said: “The ministry has received avalanche of complaints from the marketers that they do experience under-dispensing of products right from the depot terminals and requested intervention.

“This is in order to prevent a situation in which marketers will be made to go out of business because of the losses that come with under dispensing of products from the LPG terminals.

“In the same vein, members of the public, who are the end users of LPG , are also crying foul that marketers short change them when they go to the gas stations to refill their gas cylinders.

“It is in order to address this issue of under-dispensing of LPG, both at the depot terminals and the different sales points to the end users, that the ministry is taking the gauntlet on how to tackle it in the common interest of all."

He noted that it was necessary that factors responsible for such act should be made known, so that collective measures in addressing them would be brought to the fore, for further action of the government.

The minister stressed that the government would not sit idle where investments of people were threatened through unscrupulous acts of some individuals or organisations.

He added that the government would not also tolerate a situation in which Nigerians were not deriving the maximum value for their money.

Adebayo said the ministry was aware of the numerous challenges faced by members of NALPGAM and the LPG Depot Owners in the process of carrying out business in this prevailing economic situation.

“However, I want you to be rest assured that the ministry is going to work in concert with other relevant agencies of government to ensure that you all have conducive atmosphere for your businesses to thrive.

“That is why the present government, under the leadership of President Muhammadu Buhari, has come up with different policy measures that will enable business to thrive and grow in the country,” he said.

Also, Oladapo Olatunbosun, President, NALPGAM, said more Nigerians had embraced the usage of LPG and the business was growing across the country.

Olatunbosun said there was therefore need for the marketers to collaborate with the ministry and other government agencies on ways of deepening LPG penetration.

He noted that the Weights and Measures Department was saddled with the responsibility of ensuring fairness in trade, adding that NALPGAM members would continue to cooperate with them in that regard.

Olatunbosun said this would not only enable them to grow the LPG sector but would also help them serve Nigerians better.