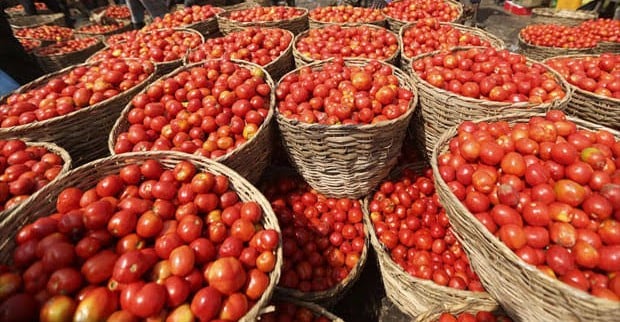 In a bid to boost the local economy and reduce reliance on importation, the Federal Government has set up a tomato paste and juice factory in Uke, Nasarawa State.

The Minister of State for Science, Technology and Innovation, Mohammed Abdullah, while laying the foundation, during the inaugural ceremony for the factory, said the development of the project would effectively cushion the tide of rural-urban migration and boost employment opportunities of residents in the state and by large the country.

A statement signed on Wednesday, by the press and public relations unit of the ministry said apart from the tomato paste/Juice making factory, the Minister also laid foundation of blocks of classrooms and inspection of newly paved roads all located in Uke and Keffi town in Nasarawa State.

The minister expressed satisfaction that raw materials needed to feed the factory will be locally sourced, thereby creating wealth for farmers and ensuring that foreign exchange isn’t spent on the importation of raw materials from abroad.

Responding to the Minister,  Honourable Mohammed Bello (representing Uke-Karshi constituency), appreciated the Federal Government for ensuring that a project of this capacity is situated in their community and further said the projects will be well guarded.

Also while laying the foundation of a block of classrooms at Pilot Primary school Uke, the Minister urged pupils of the school to have an interest in learning science subjects, as they could be the future doctors, scientists and engineers needed to accelerate Nigeria’s development.

He further said that all raw materials needed to feed the factory will be sourced locally and he promised the completion of the factory in 36 weeks.