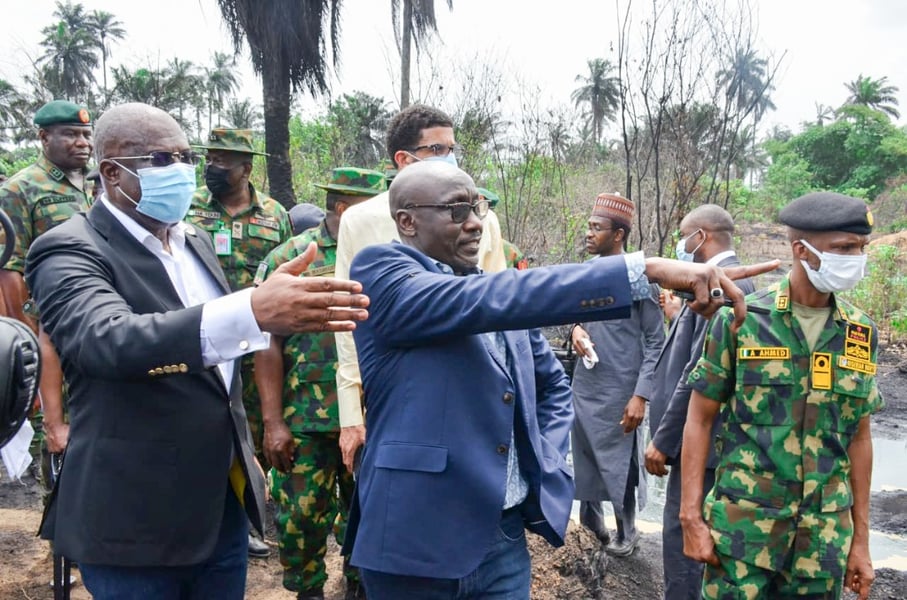 The Nigerian National Petroleum Company Ltd. (NNPC), has strengthened collaboration with the Joint Security Task Force and other stakeholders to tackle oil theft and illegal refineries in Nigeria.

The NNPC said that the combined efforts of the government security and regulatory agencies, the host community and oil companies were a different approach toward curbing oil theft and bunkering

The Group Managing Director, NNPC, Malam Mele Kyari made this known during an assessment tour of some illegal refineries in Rivers on Wednesday along with some top government officials.

Many illegal sites at creeks and swampy areas were assessed from an aerial view, while a site located at Ibaa Community in Eme Oha Local Government Area, Rivers was thoroughly assessed by the officials.

Kyari, while expressing optimism on its zeal to put an end to the problem, underscored the need to intensify security on the ground and modern technology to tackle the menace.

The NNPC boss said that pipeline vandalism, oil theft and illegal refining activities were threatening the growth of the country’s oil and gas industry.

He said the Nigerian Navy was also doing enormous work and have made several arrests and equally preventing illegal movement of oil through the vessels.

Also speaking, Komolafe described the situation as a natural disaster, adding that there were clear regulations guiding people who genuinely wanted to do upstream business in the country.

“This is absolute criminality, on the part of the government, if any Nigerian wants to participate in the upstream activity, they can contact the regulatory body for guidance,” Komolafe said.