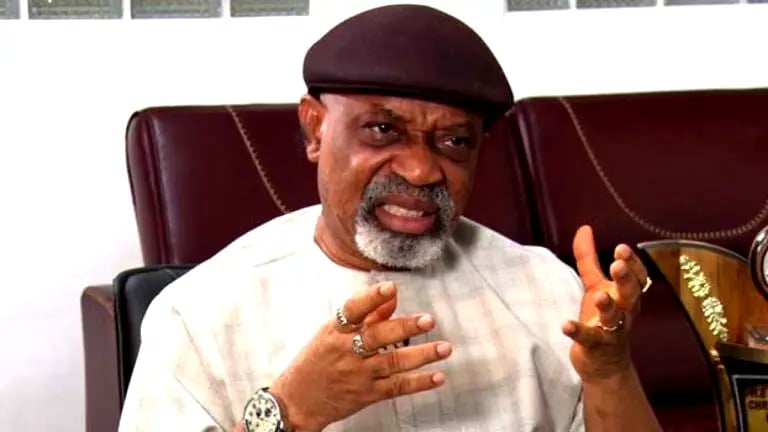 The Federal Government says it would make its final decision on the proposed new hazard allowance for health workers next week.

The Minister of Labour and Employment, Senator Chris Ngige said this while speaking at the end of a meeting of the Presidential Committee on Salaries (PCS) with the leadership of the Nigeria Medical Association (NMA) and its affiliates on Monday in Abuja.

The meeting deliberated on the review of the hazard allowance, the NMA position on the retention of MDCAN and MEDSABAM members on CONMESS Salary Structure.

It also deliberated on the removal of NYSC doctors/interns from the Scheme of Service and the presentation by the Federal Ministry of Health and Office of the Head of Service of the Federation on the upward review of retirement age for medical/health workers.

Ngige said the government had a good interface with the medical association, though the issue prolonged for nine months.

He described the review of hazard allowance as part of the efforts of the government to make people in the medical and health system happy and have confidence in the sector, thereby stemming the tide of brain drain.

According to him, with all the materials now at their disposal, they have decided that government would come out with a position in the next one week, to lay the matter to rest.

“We have collected all the raw materials needed to do the work. You have been very supportive. You have given us your positions.

“The Joint Health Sector Unions (JOHESU) covering other professional unions in the health sector has done same and over time, we have had various associations written us at one time or the other, which is allowed in Collective Bargaining Agreements (CBAs).

“Even CBAs can be changed over time. What you people did aligns with the social dialogue on fixing wages and allowances.

“On the government side, we are giving you our commitment that this is the last meeting on this matter. After this meeting, the government will study the proposals and make our recommendations, which will go to Mr President for final approval, ‘he said.

The minister reiterated the earlier position of the government that the present hazard allowance of N5000 was not envisaged by anybody and not meant for people working in a hazardous environment, such as health workers.

Ngige further noted that nothing could be deemed as commensurate for the risk taken by any health worker because the person had undertaken the profession, adding that whilst professions in the health sector all have their risks in various degrees, a risk is a risk.

He, therefore, noted that nothing could be paid to equate exposure to danger in treating a patient with highly infectious diseases, such as Ebola, COVID-19, Lassa fever and the rest.

“We are putting a review of the hazard allowance and also vigorously pursuing the issue of Group Life Insurance. Besides.

“There is compensation for injuries sustained by any worker in the course of work through the Employee Compensation Act, ECA, handled by the Nigeria Social Insurance Trust Fund (NSITF).

“We intend in the 2022 fiscal year to make it a very universal item or application for all classes of workers including health workers,” he said.

Responding, the President of NMA, Dr Innocent Ujah, noted that they made mistakes at the start of the discussion on the hazard allowances, but they were corrected, expressing happiness that things were going to move forward.

Ujah said though the matter had prolonged for too long, they would not mind if it would be positive at the end of the day.

“The issue of brain drain has become an albatross on their neck, which if not quickly contained, the country would be sitting on a time bomb.

“Very soon we will be faced with the stack reality of not having competent hands to manage our cases and we are exporting our best to those who would not probably need them as much as we do.

“It is on record that Nigerian doctors are very well trained. Anywhere we go, not only are we well received, we do the best we can to project the image of Nigeria.

“We also earn foreign exchange. But what is the value of money when people will die because we did not stay to look after our people? We need to produce for our people first before we produce for others,” he said.