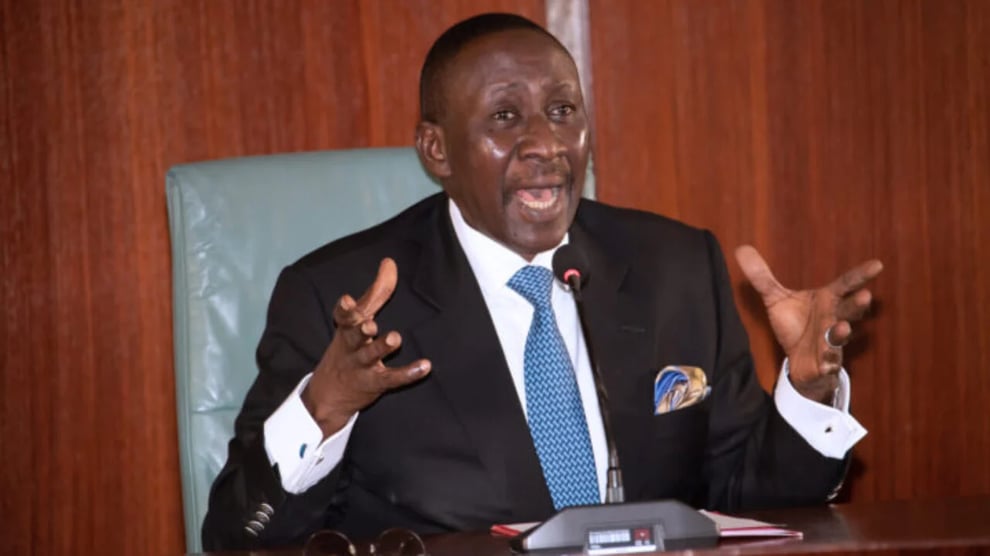 As he opened the panel, Monguno declared that Nigeria was losing a tremendous amount of money that should have come from the sale of crude oil, the country's primary source of foreign exchange earnings.

According to him, the rise in theft and vandalism of crude oil caused a considerable drop in output, which had an effect on revenue.

He claimed that oil theft, which was carried out by unscrupulous individuals, was the main reason for the massive losses.

He noted that Nigeria has routinely fallen short of the Organization of Petroleum Exporting Countries' daily production cap of around two million barrels (OPEC).

He pointed out that the nation's crude production is currently insufficient to meet even a daily demand of one million barrels, and he added that recent security agency interventions had revealed extensive illicit platforms for theft, including marine evacuations via vessels and load-outs from illegal operations platforms.

“Government has been briefed on the dwindling economic fortunes including, the inability to replenish foreign reserves and reduction in revenue thereby, affecting accruals into the federation account.

“With the scale of the theft and losses and the alleged complicity of regulatory agencies/officials and security personnel as well as the involvement of international collaborators, the enterprise is deeply entrenched and would be extremely, difficult to exterminate without very stern and decisive action by the government.

“The menace of oil theft/losses is completely unacceptable, considering its attendant impact on the economy, national development and security.

“It is an affront to government and its institutions, which must be tackled without further delay.

“It is in this connection that the government worried by the ugly trend, among other things, directed the setting up of a Special Investigative Panel on Oil Theft/Losses in Nigeria to investigate all aspects of crude oil theft, identify the culprits and submit its report for necessary action,” he said.

Monguno stated that the panel was expected to look into oil theft and losses in all of their manifestations and to make a wide range of workable proposals so that this government could act swiftly to put an end to the criminal enterprise as soon as possible.

Members, according to him, were chosen based on their shown integrity, record of service, skill, and commitment to the national course.

No matter how powerful they may be, he asked everyone to collaborate with the goal of exposing the individuals and organisations committing the national economic crime.

In order to determine the circumstances behind the unlawful insertion into the Trans-Escravos Pipeline (TEP) near the Yokri region in Burutu Local Government Area of Delta State, one of the Terms of Reference (ToRs), according to NSA, is collecting evidence.

“The panel is to also examine the specific roles of regulatory agencies; security agencies, tiers/arms of government and International Oil Companies (IOCs) in aiding and abetting the criminal enterprise.

“They are to also assess the efficacy of security architecture/arrangement in tackling crude oil theft/losses and associated petroleum products and recommend appropriate commensurate and sufficiently, deterrent sanctions on all those culpable,” he said.

Monguno also gave the panel instructions to identify methods, procedures, or processes the government should use to get rid of the enterprise in the industry and stop a similar situation from happening in the future, as well as to make any other recommendations related to the panel's mandate.

He stated that the panel was expected to begin its work immediately and finish, as well as submit, its report no later than February 21, 2023.

The threat of crude oil theft, according to Aliyu Yerro, Permanent Secretary, Special Services, Office of the Secretary to the Government of the Federation, has had a significant impact on the country's revenue growth.

The panel had to be established, according to Yerro, despite the government spending a significant amount of money to protect its marine domain.

He stated his belief that the panel will be able to address the issue of crude oil theft in the nation.

The panel's chairman, Ndiomu, claimed that each member's knowledge was sufficient to enable them to accomplish the panel's goals.

He pledged that the panel will look into every angle in order to identify not just the instances of oil theft and loss but also the causes, risk factors, and individuals and organisations behind the criminal activity.

“We shall work hard to make you proud not least, for the confidence reposed on us,” he said.