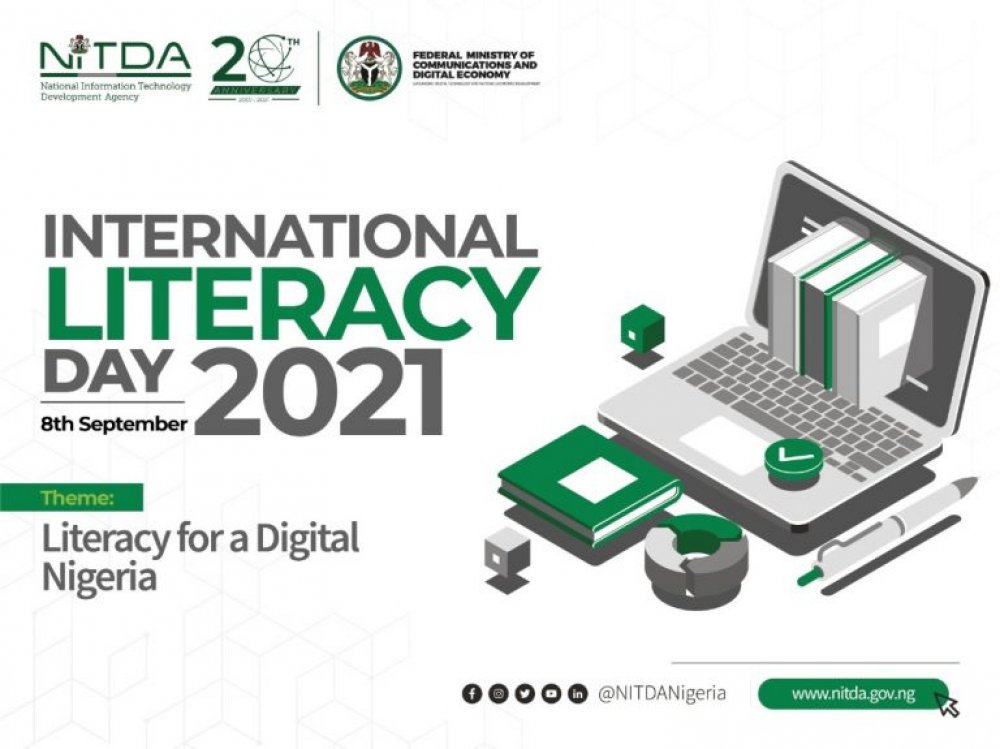 The Federal Government (FG) on Wednesday called on the youth to engage themselves in continuous digital skills learning to be relevant in the post-COVID job era and digital world.

Prof. Isa Pantami, Minister of Communications and Digital Economy made the call while launching Batch 11 of the Digital States Programme virtually which also held concurrently with the celebration of the International Literacy Day (ILD).

The Digital States programme and ILD, hosted by the National Information Technology Development Agency (NITDA), had the theme “Literacy for a Digital Nigeria”.

Established by the UN Educational, Scientific and Cultural Organisation (UNESCO) in 1967, ILD was set up to remind the public of the need for literacy as a matter of dignity and human rights.

The day was also to advance the literacy agenda toward a more literate and sustainable society.

The programme had 6,625 youth participants drawn from some states of the six geo-political zones of the country.

Represented by Bitrus Nabasu, Permanent Secretary of the Ministry, Pantami said that literacy was the ability to learn but the meaning had evolved over time.

He said that literacy was a vital component of development in every sector, while digital literacy was acquiring skills needed in the IT world, like on internet platforms, for social media engagements, among others.

“Learning is an ongoing process and there is a need for you to keep learning, unlearning and relearning your digital skills to be relevant in the digital world.’’

He reiterated that the FG was targeting 95 per cent digital literacy among citizens by 2030 and had engaged in different projects and trainings to build human capacity towards accomplishing the agenda.

Pantami mentioned that there had been training of over 400,000 public servants, different groups in 36 states of the federation focusing on digital marketing, content creation and other areas.

He added that the ICT sector had contributed tremendously to the growth of the Gross Domestic Product of the country and the FG’s projects would promote innovation, provide jobs for the youth and enhance digitalisation.

READ ALSO: WhatsApp To Give Users Control Over Privacy Settings

He, however, adviced the youth that digital literacy was an interception of problem-solving skills and online responsibility and they should endeavour to align themselves to the idea.

The Director-General of NITDA,  Kashifu Inuwa, said the agency was taking digital literacy seriously because it formed one of the pillars of the National Digital Economy Policy and Strategy (NDEPS).

Inuwa also said the Agency was engaging in building human capacity to groom basic skills among citizens, develop competency and talent that could be expanded to service other African countries.

He said that the Batch 11 of the Digital States programme would focus on enabling participants’ production tools, digital content creation and digital marketing.

Inuwa recalled that Microsoft in 2020 predicted that about 800 million jobs would be displaced post-COVID era due to automation and other digital services.

He urged participants of the programme to build competency in digital skills for relevance.

Ola Williams, Country Director of Microsoft, said it was time for the youth to develop skills that would help them leverage opportunities in the global market.

Williams also added that their participation ensured the country churned out digital innovation to the world.

Segun Ajayi, a representative from Oracle company,  said the organisation was engaging seriously with the FG to train university students on digital skills in the first phase of the programme.

Ajayi added that it would continue all its support for the growth of the programme for a national digital economy.

Delegates from the geo-political zones expressed their enthusiasm toward the programme and hoped it would impart them to be productive in their endeavours.

The first batch of the programme had over 2,000 participants trained from across the country.