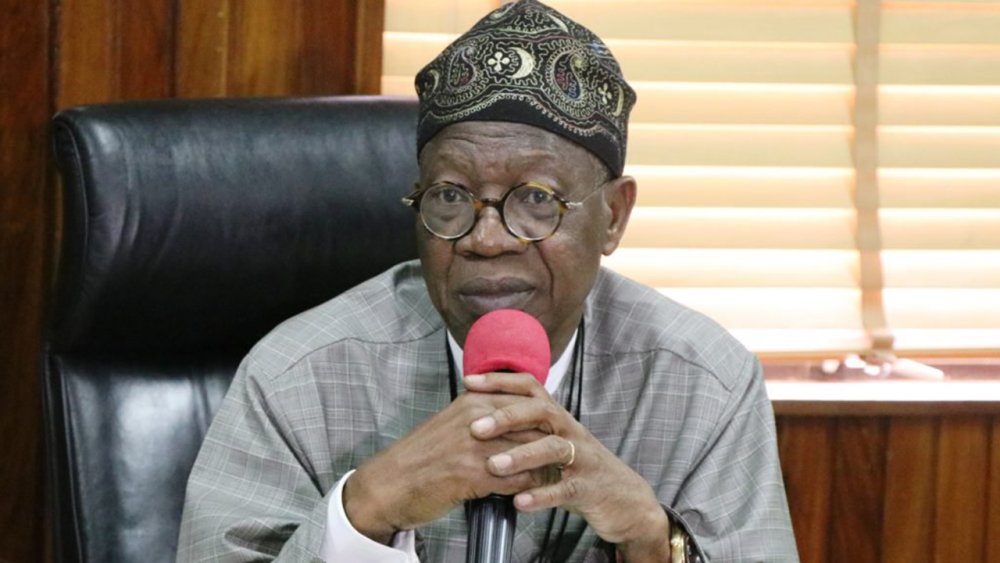 The Minister of Information, Lai Mohammed has officially written to prominent American news channel CNN, over a documentary it released on Lekki Shooting.

Mohammed who accused CNN of attempting to set the country on fire by inciting #ENDSARS protesters with its documentary called on the management of CNN to immediately investigate the authenticity of the report.

Further warning  that the Nigerian government has the right to prevent CNN from aggravating the #ENDSARS incident  Mohammed said:

“As a form of remediation, Nigeria’s Federal Government demands an immediate and exhaustive investigation from CNN into its investigative report on the Lekki toll gate incident to determine, among others, its authenticity, whether or not it met the basic standards of journalism and also the selective use of unverified social media videos to manipulate public opinion.

“While it is up to CNN to accede or not, please note that the Federal Government reserves the right to take any action within its laws to prevent CNN from aggravating the #EndSARS crisis with unprofessional, irresponsible, one-sided, inciting and sensational reporting that is capable of pitching Nigerians against themselves and setting the country on fire.”

“We write to put on record that the report did not just fall short of journalistic standards, it reinforces the disinformation that is going on around the issue, it is blatantly irresponsible and a poor piece of journalistic work by a reputable international news organisation.”

Frowning at the foreign news channel for using 'unverified and manipulated social media contents' for its report, Mohammed faulted CNN for using the footages despite not having it reporters or cameramen at the scene of the incident.

According to Mohammed, rushing to air such a weighty report without presenting the government side was inexcusable and indefensible.

“Rushing to air such a momentous story without presenting the government’s side is inexcusable and indefensible. CNN said it contacted over 100 protesters and family members but it did not speak to one official of Nigeria’s federal government,” the minister wrote.

“The truth is that CNN did not even attempt to reach the federal government.”

“This is clearly a ploy by the CNN reporter/presenter to manipulate viewers…and force them to draw the reporter’s desired conclusion.

“For the record, this is not the first time that CNN has carried an inaccurate or hoax story about Nigeria,” Mohammed said.

“in February 2007, Nigeria accused CNN of staging one of its reports from the country’s Niger Delta region, showing gunmen holding 24 Filipinos hostage. Of course, CNN and its then Africa Correspondent Jeff Koinange flatly denied the charge, saying the network did not pay for any part of the report," Mohammed further said.

AllNews recalls that CNN in the cause of last week released a documentary on the #ENDSARS protest.

In the documentary, the foreign news media organisation gave an account of one of many of the peaceful protesters who lost his life while demanding a better Nigeria.