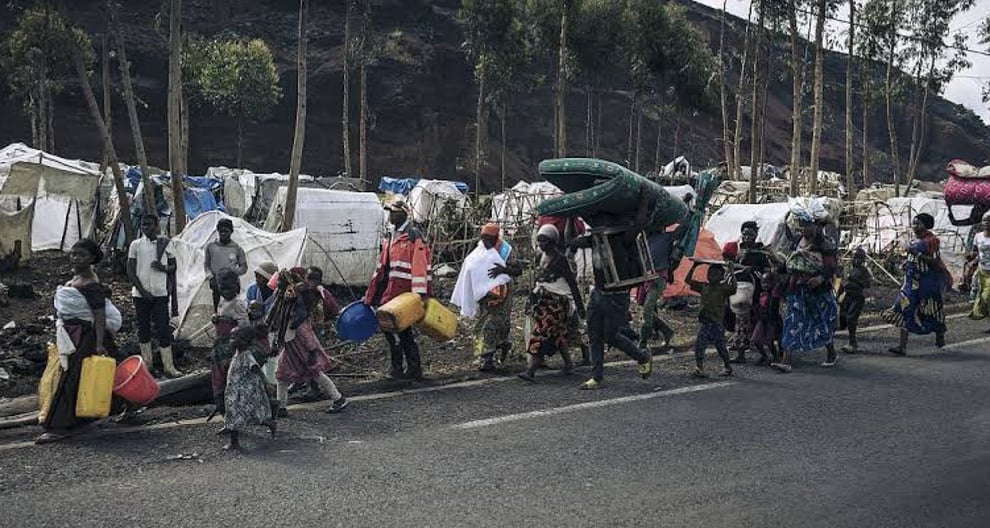 Fighting with heavy weapons resumed on Thursday in eastern DRC between the M23 rebels and the Congolese army after five days of a truce following the decisions of the Luanda summit on November 23.

This summit agreed to a ceasefire beginning Friday, May 25 at 6:00 p.m. (4:00 p.m. GMT), to be followed two days later by the withdrawal of the M23 from areas conquered for several months in the province of North Kivu.

No withdrawal was observed, but fighting between the army and the M23 had ceased since Saturday morning, even if the latter continued to oppose militias, particularly on Tuesday in a village in the Bambo region, about 70 kilometres north of the provincial capital Goma, where many civilians are believed to have been killed.

A resumption of fighting between the rebels and the DRC's armed forces (FARDC) was reported Thursday in Kirima, about ten kilometres away from the town of Kirizi.

"Since the morning, fighting has resumed between the FARDC and the M23 in Kirima. The rebels crossed the bridge towards Kibirizi after the fighting the day before yesterday in Kishishe. There is panic", testified Paul Lutibahwa, president of the civil society of Bambo.

A security source, on condition of anonymity, accused the M23 rebels of violating the ceasefire and of "continuing to loot and fight". "The fighting is violent, we are using heavy artillery" against the M23, a Congolese army officer told AFP, who also requested anonymity.

Also questioned by AFP, the military spokesman of the M23, Willy Ngoma, confirmed these fights with the FARDC.

According to Julson Kaniki, head of civil society in Kibirizi, the prospect of the rebels arriving in this town has also caused panic. "People are starting to flee," he said.