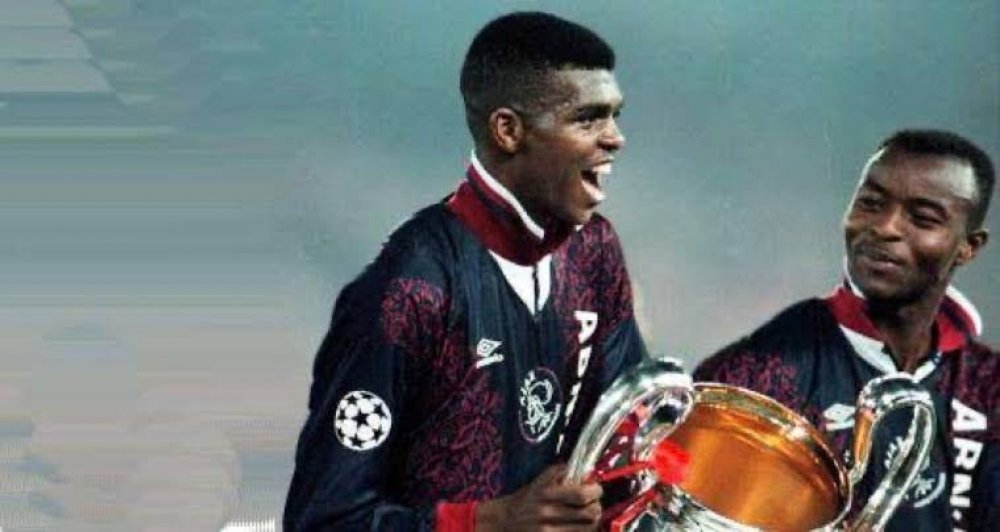 Former teammates of legendary winger, Finidi George at European football giants, AFC Ajax, have sent their birthday wishes to the Nigerian as he clocks 50 on Thursday.

He played for Calabar Rovers, Iwuanyanwu, and Sharks of Port Harcourt before earning a move to Ajax in 1993 (he left Ajax in 1996). 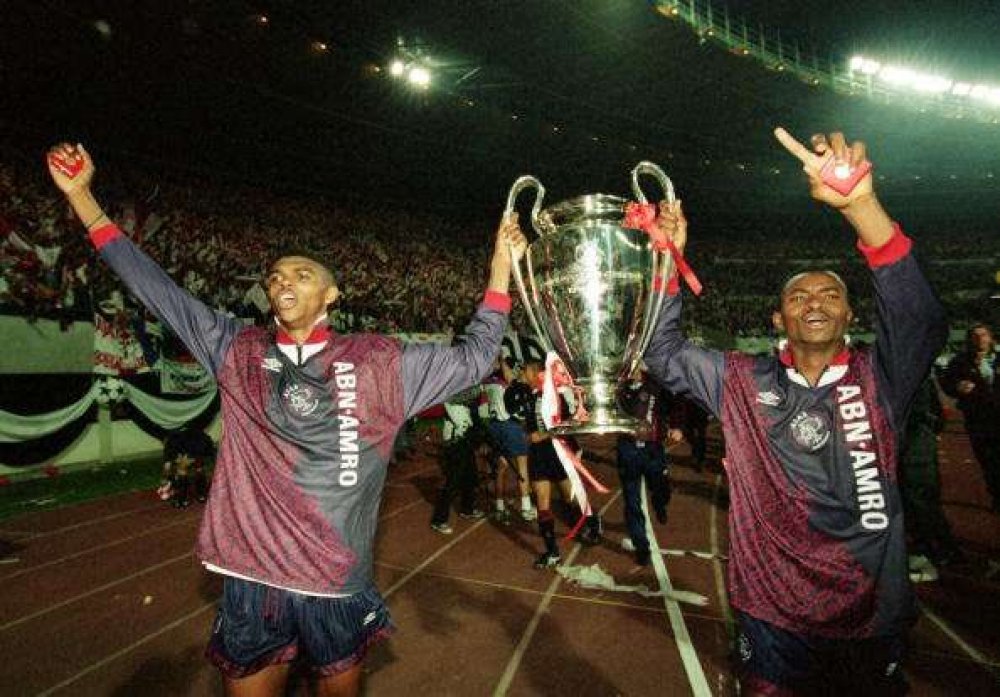 Super Eagles legends, Finidi George (right) and Nwankwo Kanu together at Ajax. Finidi won the UEFA Champions League under Louis Van Gaal in the 1994-95 season. He was runner-up in the 1995-96 season. 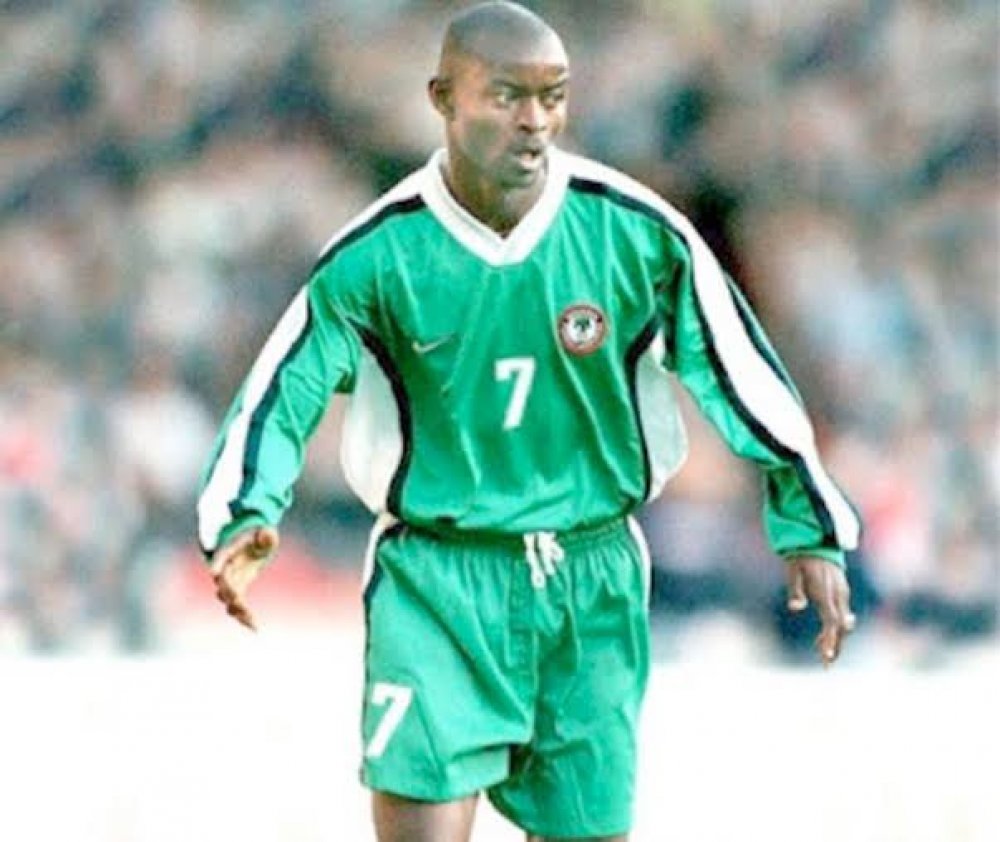 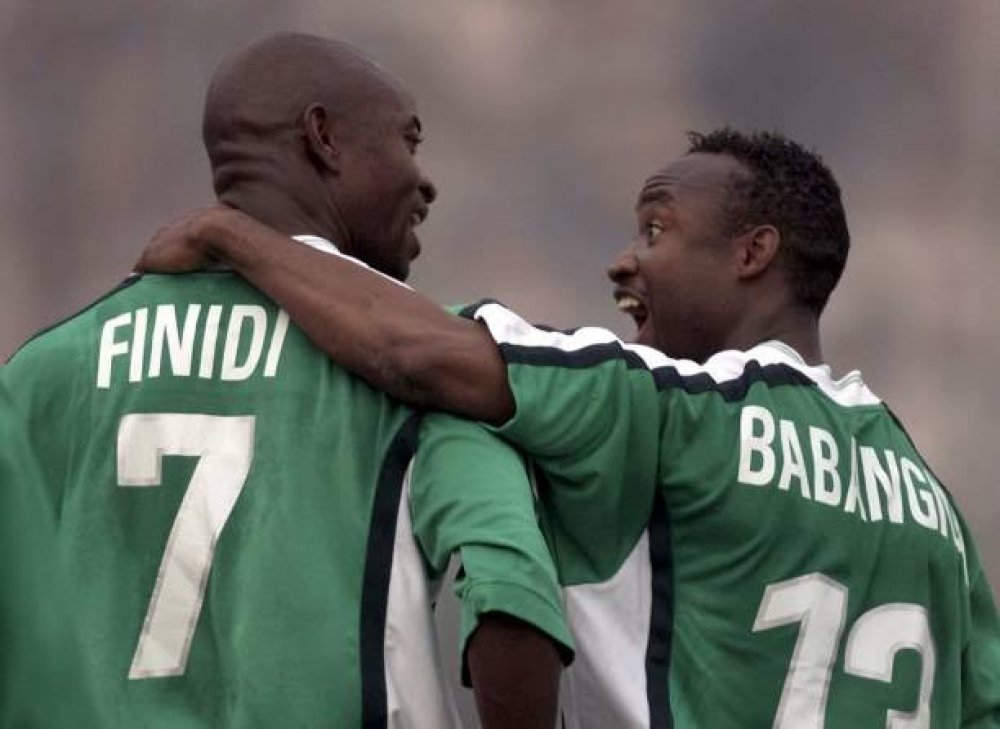 Louis van Gaal, Finidi’s former coach, under whose guidance, Ajax became the Eredivisie champions three times, in 1994, 1995 (notably going the entire 1994–95 season unbeaten in both the league and the Champions League) and 1996 also joined the European stars in wishing his one-time ward a happy birthday.

Van Gaal’s Ajax of the 90s was unarguably an amazing team, comprising of players like Danny Blind, Ronald de boer, Edgar Davids, Michael Reiziger and Jari Litmanen. This Ajax squad is considered to be one of the best teams in football history.

Happy birthday to a legend from some legends. ?

He was also a one-time director of international football at Betis.

Finidi, who retired from the game in 2004, was an important member of the Super Eagles of Nigeria team during the 1990s, appearing in two World Cups.

He has often expressed his optimism of landing a Nigerian coaching job one day.