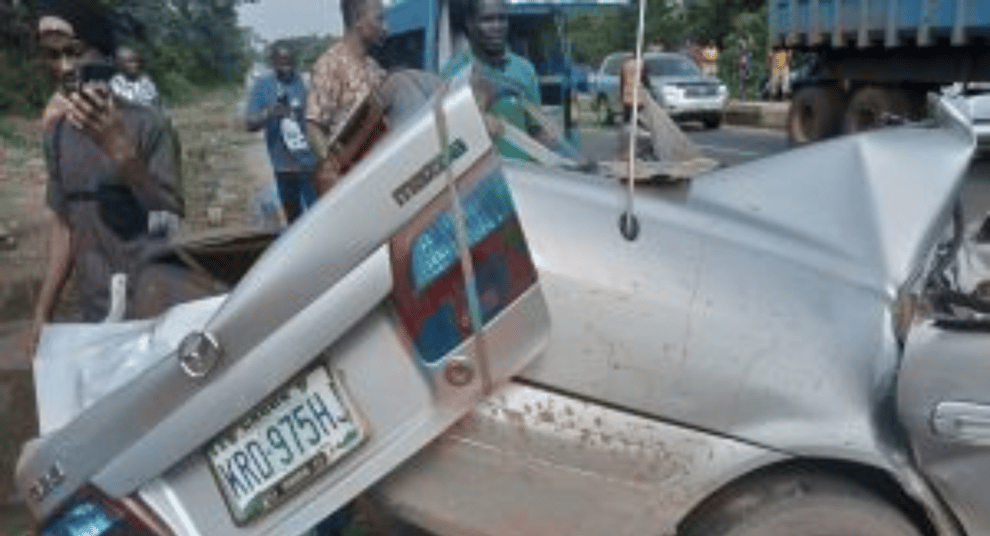 Five persons have been confirmed dead on Saturday while three others sustained injuries in an accident in Ogun.

The crash involved a Howo Sino truck and a Mazda car at Day Waterman junction on the Abeokuta-Sagamu expressway.

Akinbiyi explained that the accident occured at 3:45 p.m. at Day Waterman turning on the expressway in Obafemi Owode Local Government area of Ogun.

He said the truck driver made a dangerous U- turn without observation, adding the Mazda car, marked KRD 975 HJ, rammed into it due to speed.

He revealed that nine people comprising four men and five women were involved in the accident and that five persons died while three others sustained injuries.

”Unfortunately, the driver of the Howo truck who caused the crash ran away,” he said.

Akinbiyi explained that the injured victims were taken to State Hospital, Ijaiye, Abeokuta and Federal Medical Centre, Abeokuta for treatment.

He said bodies of the deceased persons were deposited at State Hospital, Ijaye morgue and Idera Hospital morgue, Sagamu.

He commiserated with the families of the deceased, appealing to articulated vehicle drivers to observe safety rules and avoid overbearing attitude while driving.