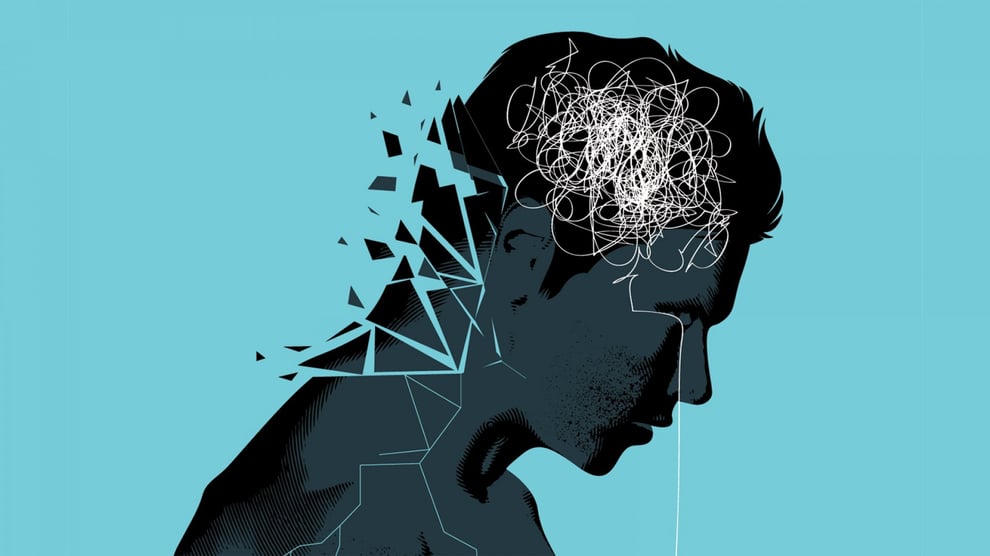 Over the years, the number of people who roam the streets aimlessly has increased overwhelmingly, and this can be attributed to the cultural beliefs in this part of the world.

A considerable number of people view mental illnesses as spiritual, especially from the ‘village people’, and hence the need to increase the level of awareness as to the real causes of these illnesses.

The need for this awareness is in a bid to ensure that members of the public are educated about what is wrong with who, and how they can be of help and support the victims since some of these illnesses are extremely uncommon.

Below are five mental conditions that virtually nobody talks about.

Also known as the Imposter Syndrome or Delusion of Doubles, Capgras Syndrome (CS) is the most common type of Delusional Misidentification Syndrome (DMS).

CS is a mental disorder indicated by misidentification, such that the affected person has a strange feeling that someone they know, usually a spouse, close relative, child or friend has been cloned or replaced and who they see is an identical imposter.

Some CS patients believe an animal or an inanimate object has been replaced by an imposter.

The condition was named after a French psychiatrist, Joseph Capgras, who first illustrated it in a report in 1923. CS is common in females, although both genders can be affected.

Patients suffering from dementia, schizophrenia, epilepsy or brain injury are the most liable victims of Capgras Syndrome.

While there is yet to be a treatment for the condition, patients are advised to treat the foundational issues mentioned above.

In addition, surrounding a CS patient with love and positivity and validation therapy (supporting rather than rejecting a patient's delusion to reduce panic) are other effective treatments for the condition.

Alien Hand Syndrome (AHS) is a rare neurological condition also known as Dr. Strangelove Syndrome. It was named after the movie titled Dr. Strangelove in which a character had the condition.

AHS is a condition in which one of the two hands of an individual is not under the control of its owner. The affected hand, usually the non-dominant, acts like it is being controlled by another person or has a mind of its own. AHS occurs mostly in adults but can also affect children.

A damaged corpus callosum, Alzheimer's disease, brain lesions, neurodegenerative diseases or uncommon stroke could trigger this condition in a person.

AHS could be severe in a patient such that the affected hand could get involved in self-opposing activities such as replacing a cup that has just been moved with the normal hand or even suffocating the patient.

There is yet to be a cure for AHS. It can however be managed by treating the underlying health condition of each patient.

This is an uncommon psychiatric condition characterised by a human-animal transformation. It is a type of Delusional Misidentification Syndrome which involves one’s self rather than others. Clinical Lycanthropy lies between neuropsychiatric disorders and cultural and social relations as it is a symptom of different mental and behavioural conditions.

A Clinical Lycanthropy patient believes they are in the process of transforming or have transformed into an animal, therefore, they act like that animal (although this only happens in their mind and behaviours). Clinical Lycanthropy is speculated to be an offshoot of another health problem such as bipolar or schizophrenia.

Trauma due to brain injuries, seizures and dementia among others are other triggers of the condition.

The condition is diagnosed when the patient recounts their experience after they have returned to normalcy.

There is no specific treatment for Clinical Lycanthropy presently, but since the condition is an offshoot of some other health problems, the underlying problem in a patient should be treated with the use of antidepressants or mood stabilizers.

Named after Diogenes of Sinope, Diogenes Syndrome is a behavioural disorder mostly experienced by adults. This disorder is characterized by self-neglect, poor personal hygiene, unnecessary hoarding of animals and garbage, dirty homes and shamelessness.

Damage to the front area of the brain, trauma from the loss of a loved one, old age, dementia, alcohol addiction and Obsessive-Compulsive Disorder (OCD) are some of the causes of Diogenes Syndrome. Diogenes Syndrome patients are victims of stubbornness, emotional instability, aggression, and irregular mood swings.

Diogenes Syndrome is curable, although difficult to cure because of the stubborn nature of patients. To treat Diogenes Syndrome, the underlying illnesses should be treated.

A patient needs enough care and support not only to recover but also to avoid a relapse.

Kluver-Bucy Syndrome is an extremely rare neuropsychiatric disorder marked by memory loss and unnatural social, sexual (such as sexual attraction to a table) and dietary (craving inedibles) behaviours as a result of lesions of the bilateral temporal lobes. Lesions could be a result of brain infections or trauma to the brain.

KBS affects both males and females but is difficult to diagnose. Alzheimer's disease, heatstroke, temporary epilepsy and Huntington's disease have been linked to KBS patients. This syndrome is more common in rhesus monkeys than in humans.

KBS has no known cure, it can however be managed by treating symptoms diagnosed in each patient.

Compiled and reported by Deborah Oyewole.