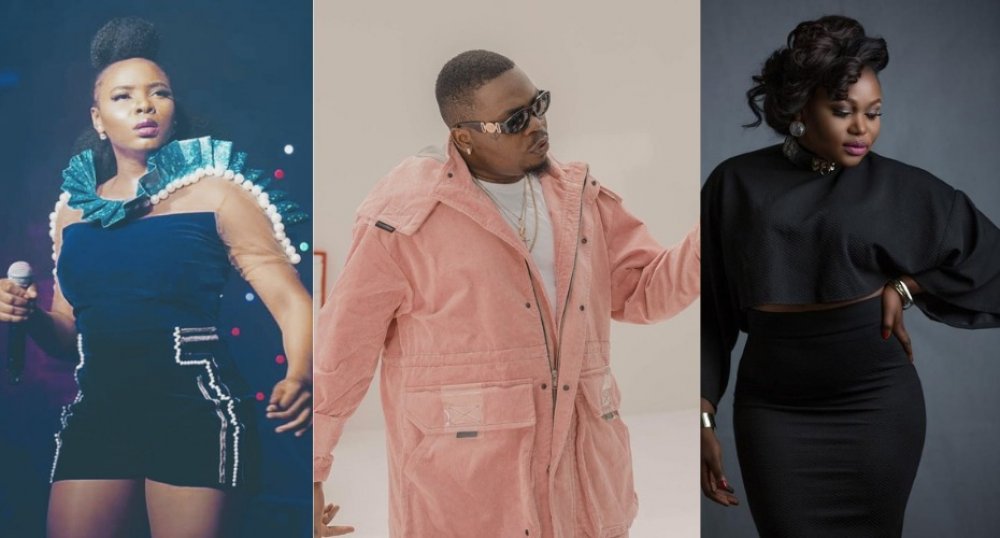 A birthday is the anniversary of the birth of a person, another year older, and another reason to celebrate. It is the time to celebrate birth itself and an occasion to reflect on our beginning and how far we have come.

A whole lot of celebrities are having their birthdays this month – March. But well, let’s pick Pete Edochie, Yemi Alade, Olamide, Ruth Kadiri, and Banky W and know more about them.

Pete Edochie is a veteran Nollywood actor who rose to fame in the 1980s after playing a lead role in a screen adaptation of “Things Fall Apart”.

The screen star of Igbo descent was born on March 7, 1947, in Enugu State, Nigeria. He had his primary and secondary education in Zaria, Kaduna state before moving to England where he attended the School of Journalism and Television and did some courses overseas.

Before moving to England to study, Edochie worked with Nigerian Railway Corporation. Then after school, he got into broadcasting in 1967.

He began a career in a broadcasting corporation at age 20 in 1967, where he started as a junior program assistant and rose to the position of director where he acted in different directorial capacity. However, he left the radio station and delved into acting. Meanwhile, he had first gone on stage in 1962 at age 15 when he was a student at St. John’s College. He featured in the drama; Merchant of Venice by William Shakespeare.

Edochie who is a Catholic got married to his sweetheart, Josephine Edochie at age 22, and the union is blessed with six children: 5 boys and 1 girl. Two of his sons; Linc and Yul Edochie are popular faces in Nollywood.

Yemi Eberechi Alade is a Nigerian Afropop singer and songwriter who was born on March 13, 1989. Alade’s father is of Yoruba descent from Ondo state while her mother is from the Igbo tribe of Nigeria. She holds a degree in Geography from the University of Lagos.

Alade pursued her musical ambitions while she was obtaining a degree at the University of Lagos. She came into the limelight when she won the maiden edition of Peak Talent Show in 2009 and had a hit with her single ‘Johnny’. Johnny was an international hit in many countries including Nigeria, Kenya, Liberia, Uganda, South Africa, Tanzania, and the United Kingdom.

She became the first African female artist to reach one million subscribers on YouTube in June 2019. Her song ‘Johnny’ also holds the most watched African Female Music video of all time on YouTube.

Olamide Adedeji (Baddo) is a multi-award-winning rapper in Nigeria who has successfully gotten to the peak of the music industry. He was born on March 15, 1989. The rapper hails from Ogun state but was born and raised in Bariga, Lagos state.

Olamide rose to prominence when he released his song, ‘Eni Duro’ in 2010, under the Coded Tunes Records. Eni Duro, which became a sensation in the streets, brought him several opportunities in the music industry. Baddo then worked with Coded Tunes manager, Tony Payne, to drop his debut album “Rapsodi”

READ ALSO: Check Out The Four Types of Temperament: Which One Do You Belong To?

In 2012, he left Coded Tunes to start his own record label ‘Yahoo Boy No Laptop’ Nation, popularly known as YBNL Nation.

Olamide is the proud father of three kids from two women. His two sons Maximiliano Batifeori Adedeji and Tunrepin Myles Adedeji were from his long-term girlfriend, Adebukunmi Aisha Suleiman. While his daughter, Asaiah Monife Maria is the product of a secret affair he had with Maria Okanrende, an OAP.

Ruth Kadiri is a Nollywood actress, scriptwriter, and movie producer from Edo state, the southern part of Nigeria.

She was born on March 24, 1988, in Benin City, Edo State. She had her primary and secondary education in Edo state before moving to Yaba College of Technology to bag a National Diploma in Business Administration. She also moved on to the University of Lagos where she studied Mass Communication.

READ ALSO: What Love Language Do You Speak?

Upon completion of her tertiary education, she went for her first acting audition at Wale Adenuga Studios. Kadiri also went to a writing school where she learned scriptwriting. She started out with her first script 'Wild and Dirty’, eventually she started featuring as an actress in her movies.

The first movie she appeared in as an actress was ‘Boys Cot’. Over time, she has continued to appear in over 100 movies.

Ruth Kadiri is married to Mr. Ezeribe and their union is blessed with a daughter, Reign Ezeribe.

Oluwabankole Wellington is a successful rapper, singer, actor, politician, and philanthropist who was born on March 27, 1981, in the United States to Nigerian parents.

He moved to Nigeria with his family when he was five and completed his primary and secondary education in Lagos. He later went back to continue his tertiary education on scholarship at Rensselaer Polytechnic Institute, New York, where he studied Industrial Engineering.

While still studying, he started ‘Empire Mates Entertainment (E.M.E)’ a record label in 2002. He later moved the record label down to Lagos in 2008 where he signed music stars like Wizkid, Niyola, Shaydee, and Skales. Producers like Masterkraft, Jaysleek, Cobhams Asuquo have also been linked to his record label. He released his breakthrough debut album ‘Back in the Building’ in 2005.

In 2018, Bank announced that E.M.E was dissolved as a record label and is now a talent management company that is focused on creative marketing, advertising, PR, and brand events.

As an actor, he has appeared in movies like The Wedding Party 1&2, Up North, and Sugar Rush.

As a politician, he participated in elections to represent the Eti-Osa Federal Constituency seat in the House of Representatives but he lost to Babajide Obanikoro.

He is married to Nollywood actress, Adesua Etomi, and they recently welcomed a baby boy, Zaiah.