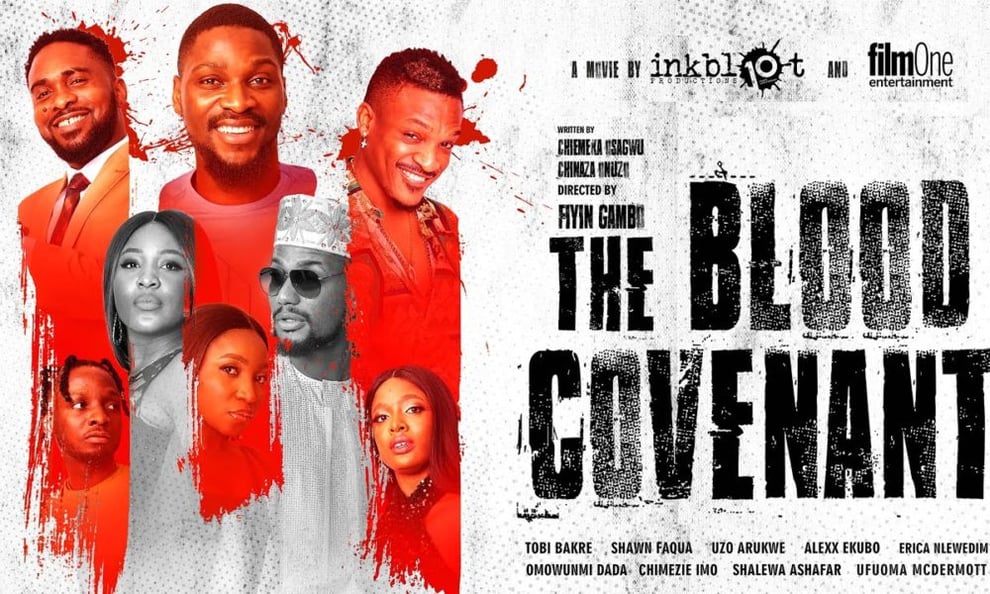 The drama recently rose to the ranks of the most-watched film in Nigeria days after launching on the streaming platform.

Confirming the milestone, director Fiyin Gambo took to his social handles with appreciation posts to fans of the film.

Starring Shawn Faqua, Tobi Bakre and Uzor Arukwe in the lead roles, the drama which has been described as an ode to old Nollywood ritual-themed horror, follows three ambitious friends struggling to make ends meet.

Tired of being looked down upon, they embark on a relentless quest for the high life, chasing easy money, fast cars, and fame; willing to do whatever it takes no matter what it costs them.

‘The Blood Covenant’ was released in theatres on April 15 to positive reviews. Going by its Prime Video ranking and Twitter reviews, the film is also enjoying a warm reception from users.

The drama is the latest Inkblot production to hit the streamer following its licensing deal with Amazon Prime.

The multi-year deal with see the studio’s titles including ‘Moms At War 2', 'The Set Up 2' and 'New Money 3' launch on the streamer post-theatrical release.