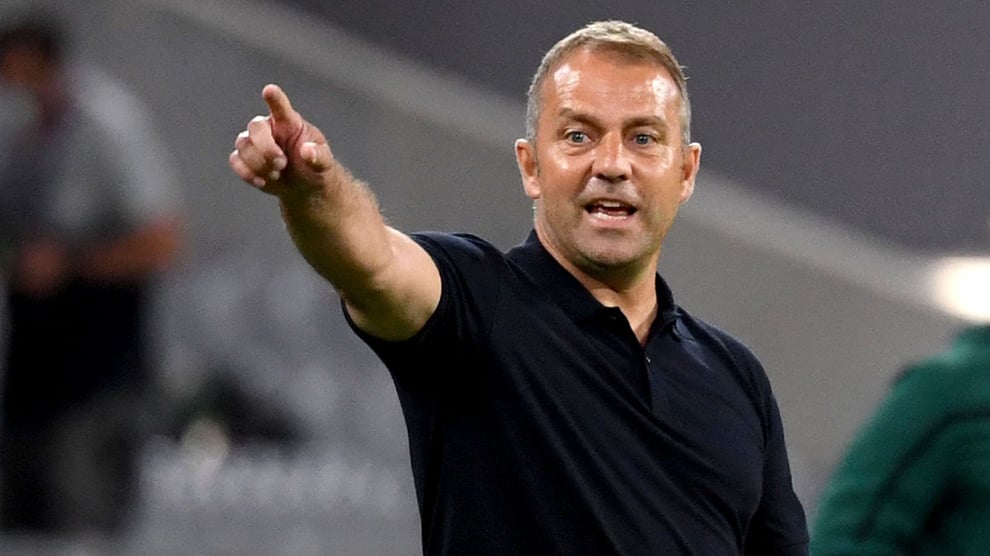 Germany coach Hansi Flick has named his squad for the 3rd edition of the UEFA Nations League games against Italy, England and Hungary.

A noticeable name found in the squad list is Borussia Dortmund's skipper Marco Reus while Barcelona shot-stopper Marc Andre Ter Stegen did not make the cut.

Germany visit European champions Italy on June 4 before hosting them in Moenchengladbach on June 14, face England in Munich on June 7 and take on Hungary in Budapest on June 11.

Flick will have one eye on the World Cup in Qatar later this year, where the Germans will be bidding for a record-equalling fifth title.

"Everyone has a chance to play their way in (before the World Cup). The door is open," said Flick.

"I understand anyone who is disappointed.

"We made it very clear to the players what we expect -- that they have match practice and rhythm, that they develop."

Borussia Dortmund star Reus was expected to be recalled for the first time since 2019 for last summer's European Championships, but he skipped the tournament due to fatigue.

He returned later in 2021 but is yet to play international football this year.

Flick also said he would not rule out giving uncapped 34-year-old striker Simon Terodde a call-up before the World Cup after he scored 30 goals in as many games to fire Schalke to promotion to the Bundesliga.

Germany have been drawn alongside Spain, Japan and either Costa Rica or New Zealand in Group E for the World Cup, which gets underway on November 21.