Florida Pastor Welcomes Alligator To Church, Attempts To Baptize It 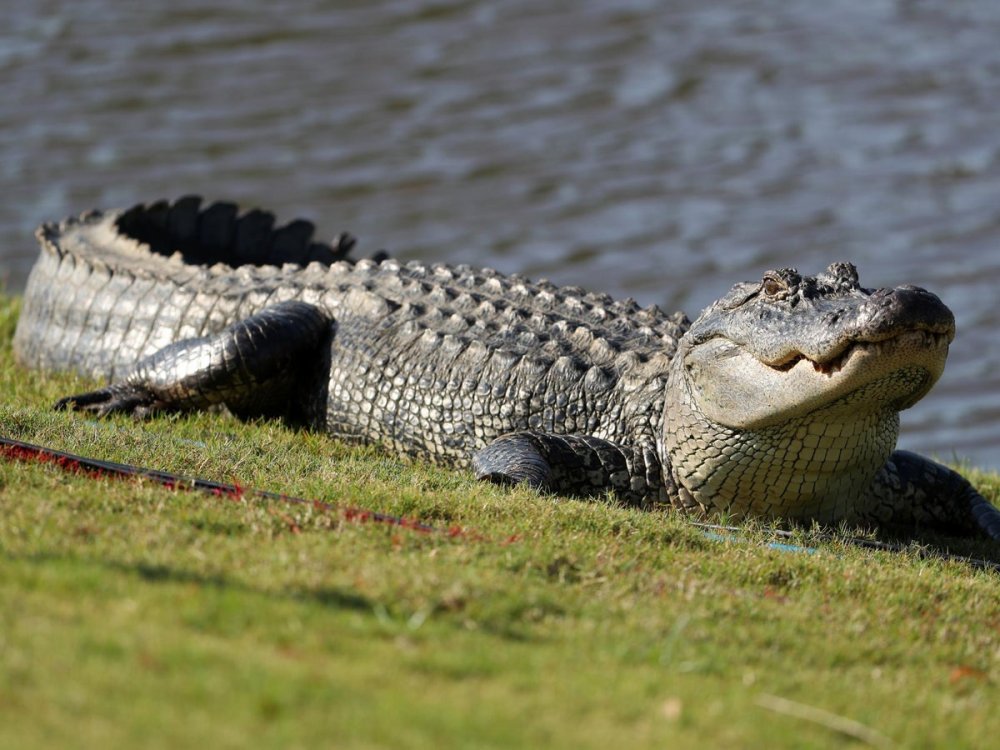 Daniel Gregory, a pastor in Florida, U.S. made a video of himself welcoming an alligator into his church after the reptile was seen making its way close to the building.

The four-foot alligator crept out of a drain caused by a storm, as reported by WBBH, and in the video clip, Gregory, who pastors the Victory Church in Lehigh Acres, Florida, said: "He's coming to church, get ready and I'm gonna do what I probably shouldn't do and go take a selfie with it."

"He came to our church. I don't know what his spiritual condition is. I need to invite this gator to church.

"We have services at 9 a.m. and 11 a.m. Sunday mornings," as he took out a business card and offered it to the alligator, before asking the animal: "Want to check us out?"

Going on Facebook, the clergyman wrote about the unusual incident, saying, "This is hilarious! No one will ever be able to take me seriously again. We obviously welcome anyone and anything."

Commenting on the incident, Adam Brown of the Florida Fish and Wildlife Conservation Commission told WBBH that the agency does not encourage people to get close to alligators as Pastor Gregory did.

"We certainly encourage the viewing aspect of it, but we never want you to approach a wild animal like that. It can be very dangerous. There's no reason to take a chance", he said.

Gregory urged the people not to follow his example and revealed that the alligator left the church premises and returned to the storm drain after he tried to baptize it.