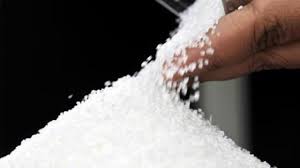 Flour Mills of Nigeria Plc denied claims by Bua Foods Plc that the company had refused to sell sugar.

The company was reacting to an allegation by BUA Foods Plc published in the media about its purported suspension of sugar sales due primarily to the federal government’s refusal of its 2022 raw sugar license.

BUA Foods also accused Dangote Sugar of halting sales of the product in a bid to create artificial scarcity and force prices to go up.

According to the company, "We have been inundated with calls from our customers that Dangote Sugar and Flour Mills have both suspended sales of sugar, seeking to know if BUA will follow suit.

"We would like to reassure our customers that BUA is not joining the suspension of sales of sugar.

"Whilst the suspension of sales of sugar by flour mills may be understandable because the 2022 raw sugar allocation has been declined by the government due to compliance issues, we do not understand why Dangote has joined.

"In our opinion, this stoppage may be intended to create scarcity, force the prices to artificially go up, profiteer even more, and blackmail the government into reviewing the denial of allocation to flour mills due to compliance issues."

BUA Foods Plc, dissatisfied with Dangote and Flour Mills' positions, advised both companies to stop blackmailing the government into rescinding its compliance-based decision and to let due process take its course.

In the final note of its advertisement, the company promised to help address the shortage in the domestic supply by halting all sugar exports.

It said that if any of its distributors were found to be hoarding the product, they would be removed from the list right away.

Samuel Iboroma, the Corporate Communications Manager for Flour Mills of Nigeria, said that he didn't believe BUA Foods Plc's claim that they had stopped selling sugar.

He claimed that perhaps the company's dealers could confirm this and that the National Sugar Development Council would organize a press conference on Wednesday to address the issue.

A Dangote Group spokesperson said the company would speak on the matter on Tuesday.