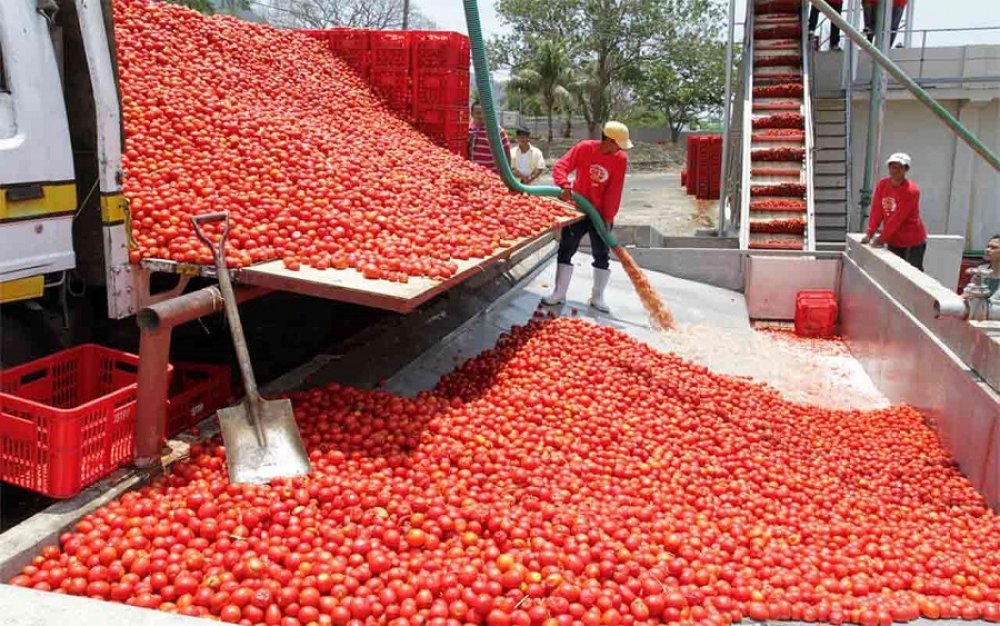 Dangote’s 1,200-ton a day plant is currently producing at 20% of capacity because farmers don’t have enough resources to boost acreage. The factory was meant to reverse Nigeria’s spending of over $200 million importing paste from China and United States. But by 2017, the company had to idle the plant after pests destroyed vast swathes of the crop. It took another two years — and a resolution of a dispute over payment to farmers — for the factory to resume output.

The crisis at Dangote’s tomato plant is emblematic of the challenges faced by many businesses in Africa’s biggest economy. While tomato farming employs an estimated 200,000 people, banks balk at lending to farmers despite President Muhammadu Buhari’s focus on boosting local production. Such policy missteps, entrenched corruption, and ethnic tensions are discouraging investments needed to add jobs in a nation that has one of the world’s highest unemployment rates.

Nigeria is recovering from its deepest recession in four decades following pandemic-induced restrictions. But a sluggish revival and rising insecurity risk raising social tensions, according to the World Bank.

Entrepreneurs say the crisis has been worsened by a central bank decision to keep an artificially high exchange rate which has dried up dollar supplies, forcing firms to buy them on the black market at a 40 percent premium.

Tomato paste is a staple food in Nigeria but the country imports a large portion of its supplies from China.

Dangote’s plant opened only last year in the northern city of Kano amid much talk from officials predicting a new era of Nigeria producing its own tomato paste, displacing costly imports.

The dollar scarcity has also forced Dangote to cut down other food businesses such as flour milling, sugar refining, and vegetable oil refining, Devakumar said.

The Dangote plant was to help Africa’s most populous nation cut 300,000 tons of tomato-paste imports from China by using an estimated 900,000 tons of tomatoes lost after harvest every year for lack of storage and processing facilities. But farmers have not been able to supply the factory with the volumes needed to run at capacity.

The plant is currently processing about 300 metric tons of tomato each day, the highest capacity it has achieved since 2015, but barely enough to keep the plant operational. Yet, it requires the same power and overheads cost of operating at its full capacity, Kaita said.

Tomato processors also can’t import the berry to make up for erratic local supply as overseas purchases of the fruit are barred along with as many as 50 other products by the Central Bank of Nigeria, which refuses to provide dollars to import these items. That policy is also fueling inflation, which accelerated to 22.28% in May, about a four-year high.

Meanwhile, tomato farmers can’t get enough credit to boost output as banks are reluctant to lend for agricultural activities. Tillers have also been harangued by armed marauders and kidnappers.

Most of the tomato farmers live in remote villages, making it difficult for vehicles to bring out tomatoes to the plant.

To boost the tomato crop, the factory is helping farmers by providing them with improved seedlings and encouraging more people to cultivate the product. The move has helped increase the number of farmers to 6,000 from 1,000 in the last harvest season, but supply still was just enough to meet 20% of the factory’s capacity. Each farmer can produce at least 40 metric tons a hectare.

The company is now planning to create farming clusters next harvest season and is relying on a proposal by the central bank to provide credit to farmers to boost output.

According to the Bloomberg Billionaires Index, Dangote’s $17.4 billion of assets makes him Africa’s richest man. Most of his wealth is derived from his cement business. Dangote is now investing $19 billion in a petrochemical complex near Lagos.